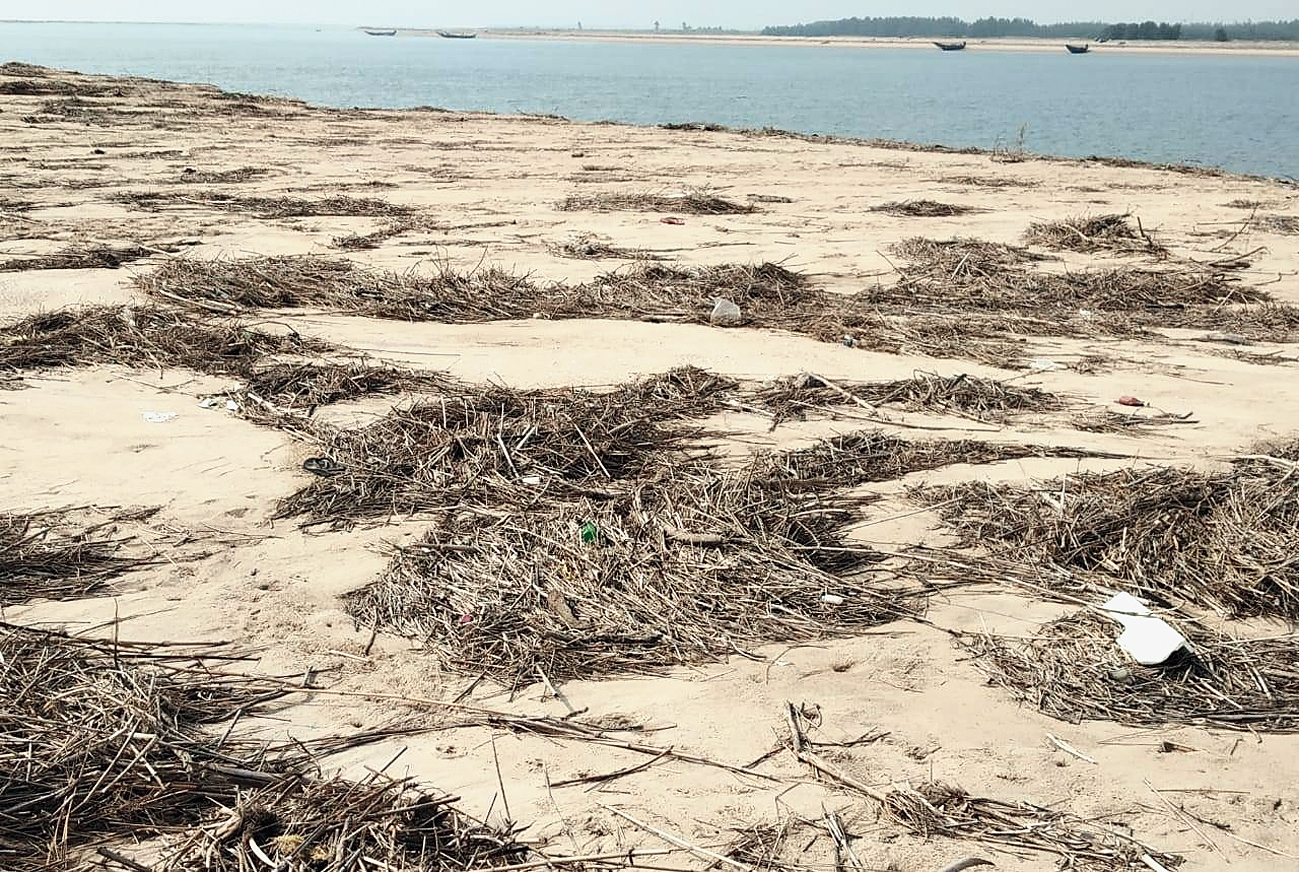 The new sand bar just looks like an island is about 200 meters away from the coastline of Rushikulya nesting site. It is 50 feet to 200 feet wide. Interestingly, one mother olive Ridley laid 131 eggs on that sand bar beach recently though tonnes of debris were deposited there. “We have collected all these eggs and kept them in the artificial hatchery in Purunabandha,” said Berhampur divisional forest officer Ashis Kumar Behera.

The debris include large quantities of autumn grass (popularly known as ‘Kasatandi’ in Odia) straw, weeds, uprooted trees, plastic, polythene and many others accumulated on the six-km stretch of sandy beach near the river mouth.

Rushikulya Sea Turtle Protection Committee (RSTPC) secretary Rabindranath Sahu said: “If the ridleys choose the island or the newly created sand bar for mass nesting, we have to go to the island by boat to look after the sea turtles. I hope that Rushikulya Rookery is still favourable for mass nesting of the olive ridley turtles”.

It is usually from the beginning of November to the end of January that hundreds of turtles congregate on the sea beach for mating. Mass nesting of olive ridley surpassed all records as the number touched 4, 82,091 and it occurred twice during 2018 as it was conducive for nesting.