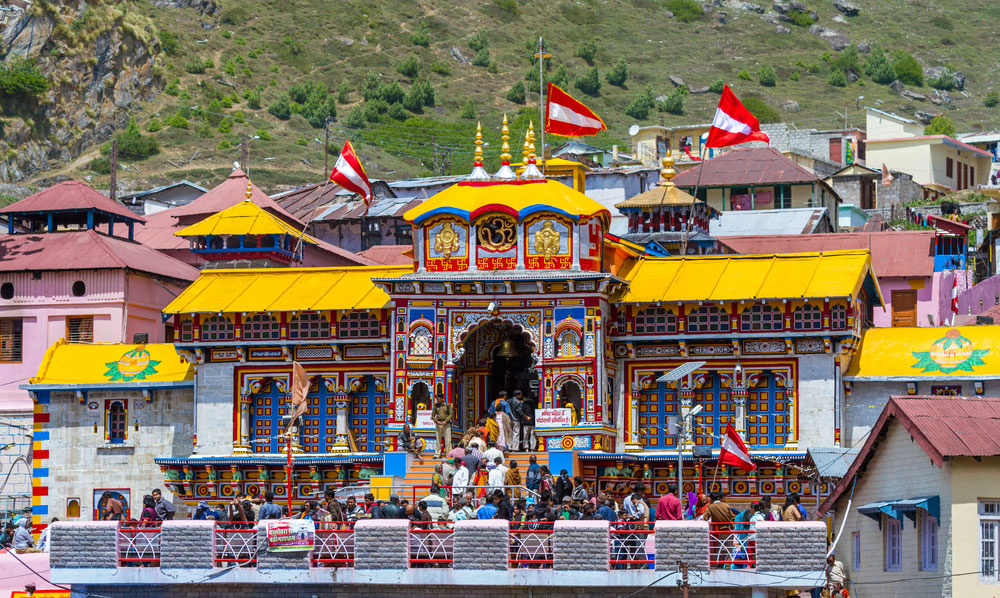 Those stranded near the Badrinath shrine are from Bhanjanagar in Odisha’s Ganjam district.
(Shutterstock)
Sunil Patnaik   |   Bhubaneswar   |   Published 04.11.18, 07:08 PM

The state government on Sunday sought the help of its counterpart in Uttarakhand to take steps to rescue 42 Odia pilgrims who have been stranded near the Badrinath temple due to intense snowfall.

Those stranded near the Badrinath shrine are from Bhanjanagar in Odisha’s Ganjam district.

Rawat reportedly assured Pradhan that all the pilgrims were safe.

Joint special relief commissioner Pravat Ranjan Mohapatra has also written to his counterpart in the hill state to arrange food for the pilgrims.

Speaking to a friend over phone in Bhanjanagar, one of the stranded pilgrims Bijay Patra said: “We are now taking shelter at Hariyali Bhawan in the Chamoli district. There is no food, water and electricity here since last night.”

Sources said the pilgrims were returning from Badrinath when the road got blocked following heavy snowfall.

“Though snowfall has stopped, most of us haven’t had food for the last 24 hours. Two members have fallen ill due to intense cold. We are also unable to recharge our mobile phones since power has been disrupted in the entire area,” Patra told his friend.

All these pilgrims are from Bhanjanagar, Kulada and Belaguntha. They had left Bhanjanagar for Badrinath on October 26.

The matter came to light after family members received SOS from Patra and approached the Bhanjanagar sub- collector to take immediate steps to ensure their safe return.

Ganjam collector Vijay Amruta Kulange said that they were in constant touch with the Chamoli district administration to help the Odia pilgrims.

“We have deposited Rs 20,000 each in the bank accounts of these pilgrims and they are now safe. Efforts are on to ensure their safe return. The pilgrims would return as soon as the road is cleared. If necessary, steps would be taken to rescue them from the area,” Kulange said.