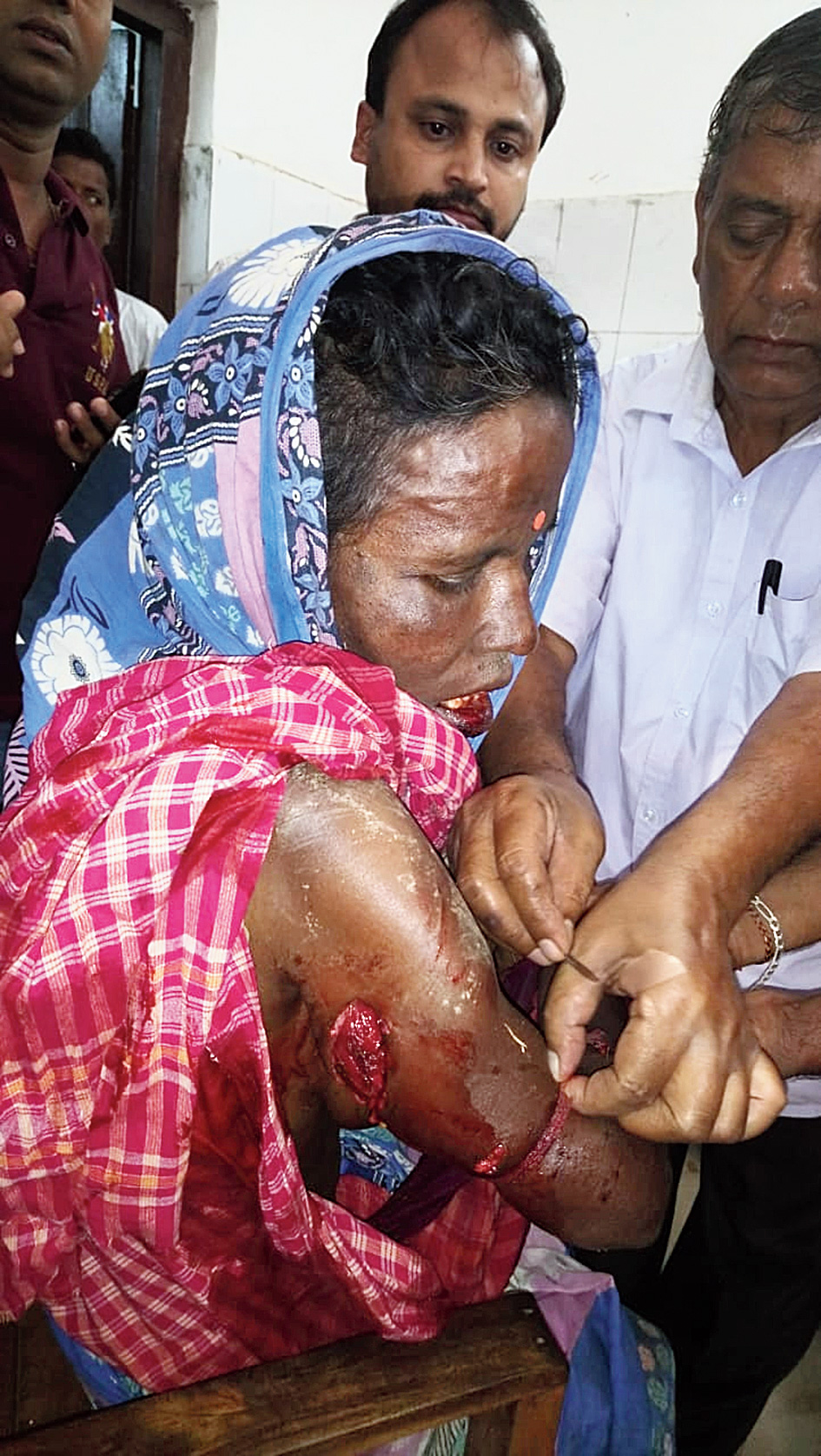 A 55-year-old woman from a remote village of Kendrapara district has displayed exemplary courage on Saturday to survive a crocodile attack.

Chailla Das, a homemaker from Balabhadraprasad village in Rajpur gram panchayat of Rajnagar block, is now undergoing treatment at Kendrapara District Headquarters Hospital recalls the harrowing experience and thanks god for new lease of life.

A giant crocodile attacked Das on Saturday when she was taking bath in a creek.

“However, she managed to survive the attack following a fight with the crocodile. She displayed exemplary courage. She deserves praise for the brave act,” said a forest official.

“The attack was so sudden that I had little time to react. A bamboo stick lying near the bathing ghat saved me from an almost certain death,” she said.

“It was a miraculous escape. The reptile pounced on me and dragged me to water. I was about to be completely dragged into the water when I hit the croc on its forehead and eye.... The animal slowly released me from its grip. The crocodile was furious and was more than 10-foot long,” she recalled.

“I acted on spur of the moment as I almost knew that the animal would kill me,” she said.

“The victim will be awarded compensation as per government norms for an animal attack. The forest department is bearing the cost of her treatment,” said the forest official.

Over the past two months, man-crocodile conflict has reared its head in villages in close periphery of the Bhitarkanika National Park. At least four persons were injured following reptiles’ attack while carcass of a croc was retrieved during the said period. As there were injury marks on animal’s body, it might have been killed by people,” said the official.