Anita Sabat, a local entrepreneur, represented the state at the Brics Alliance Business Forum held in New Delhi this week. 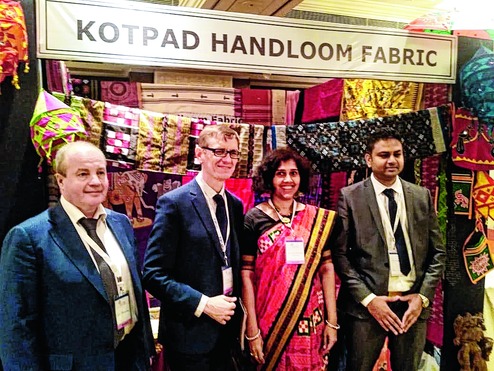 The Brics Alliance Business Forum was formed to shape strong economies based on innovation, entrepreneurship and collaboration. It also aims to bring together business leaders, business facilitators, investors, entrepreneurs, and professionals from around the world.

Anita said: "International and national delegates appreciated our Odisha GI products and some have expressed interest for future require-ment."

Anita and her sister Amrita are both entrepreneurs. Amrita trained in engineering and did her MBA from XIMB, while her elder sister Anita is also an MBA. Both of them quit their jobs to set up Sabat Exports. They are also popular bloggers and are often invited to top blogging conferences.

"Once on Twitter, we posted the Pipili chandua and asked our followers to guess what it is. Most responses said it was from Rajasthan or Gujarat. Appalled, we pledged to walk the extra mile to take our handicrafts to the world," said Anita.

They have taken part in trade fairs in Singapore and China, while an Australia tour is also on cards.

They have established links with artisans living in the interior parts of the state and have even introduced some innovative crafts.