Villagers cleared roads and took drinking water to cyclone victims, without waiting for govt to act 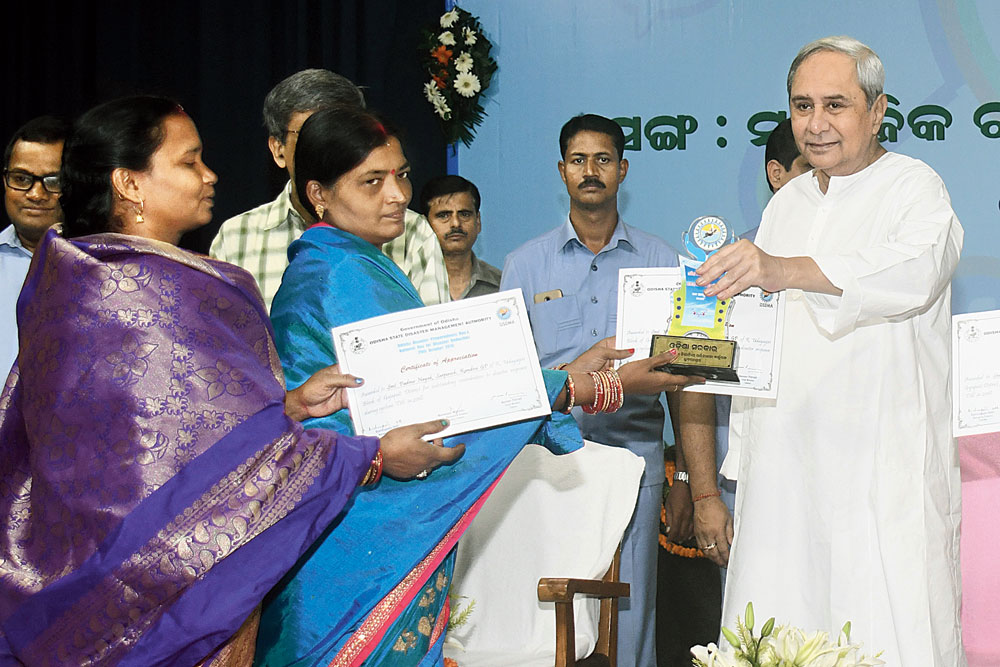 Chief minister Naveen Patnaik on Monday felicitated the volunteers, who had rushed to the rescue of the Titli-affected people without waiting for government assistance in Gajapati when the cyclone struck it in the second week of October.

“My sincere gratitude to all those, who worked tirelessly, day and night, beyond the call of duty, to make sure that all those living in vulnerable areas of our coastline from were evacuated to safety,” Naveen said while extending his gratitude to the volunteers on the Odisha State Disaster Preparedness Day on Monday.

One of the bravehearts is Laxman Sabar of Kainpur gram panchayat of Rayagada block in Gajapati. Sabar reminisced how he, along with 60 to 70 people of two villages, cleared a 9km road in just 48 hours. “We had never expected that the cyclone would wreak such havoc in the state. The rain that started on October 10 intensified. It was raining heavily till the early morning of October 12,” he said.

Sabar recalled: “We approached the local contractor, who has an excavator. He agreed to give it to us. We colleted funds and started clearing the trees that had fallen on the roads. We also made temporary roads where bridges and culvers had collapsed.”

He said: “During these critical hours, we also arranged rice and dalma for the people, who were engaged in the repairs. We managed to reach the district collector on October 13 evening and informed the him about the large-scale devastation.”

“Once the roads were clear, I loaded the tankers with drinking water. The water was collected from the bore well using the generator sets, and started distributing it to people. I did it with the support of local people after watching the sufferings of people. But, we had not expected that chief minister would felicitate us for our work.”

A Gajapati village sarpanch Padma Nayak described how he, along with a village-level government official Minati Mishra, reached the interior areas hit by Titli carrying the relief material. “As we could provide relief to the people in time, many precious lives were saved,” said Padma.

The cyclone, which was expected to cause major damage in the coastal belt, had taken the state administration by surprise leaving a trail of death and destruction in interior districts such as Gajapati, Kandhamal and Ganjam. As many as 77 persons died in the cyclone. The state government has asked for an interim relief of Rs 1,000 crore to take up relief and restoration work in the affected areas. It has also sought Rs 2,014 corre from the National Disaster Response Fund.