At the National film awards last year, not a single Odia film was found eligible for the honour, Sambit Mohanty's Hello Arsi ensured that the same was not repeated this time. 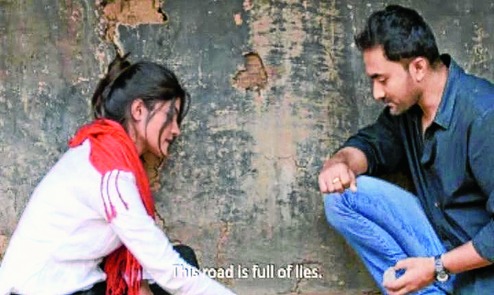 Bhubaneswar: At the National film awards last year, not a single Odia film was found eligible for the honour, Sambit Mohanty's Hello Arsi ensured that the same was not repeated this time.

Directed by filmmaker Mohanty, the 90-minute film starring actors Prakruti Mishra and Partha, has won the best Odia film award in the 65th edition of the awards that were announced on Friday.

Pahada Ra Luha and Adim Vichar, by Sabyasachi Mohapatra had won the award in 2016 and 2015, respectively. Prior to that, no Odia film had been nominated in any category of the national awards in the past seven years.

Unfortunately, the director of the film passed away in February last year due to brain stroke while the film was in post-production stage. Mohanty has also won the award for the best dialogue posthumously

The actress in the film, Prakruti Mishra, has also received a "Special Mention". Mishra said: "I have been getting so many calls and messages since the release of the film. It is overwhelming."

"We finished shooting the film in November 2016 and the mishap happened. We were really upset. But most of the members of the technical team of the film was from the Film and Television Institute of India (FTII) so they came forward and helped in completing of the film," Partha said. Partho is now working with local filmmaker Snehasis Das.

Congratulating the team, chief minister Naveen Patnaik, tweeted: "Indeed a proud moment for us and the film fraternity of the state."

Producer of the film Ajay Routray said: "The film will definitely take the reputation of the Odia film industry to a higher level. We are trying to release the film in the state. This apart, private screenings will be held and the film will be sent to various film festivals ."

A man made futile attempts and performed witchcraft for almost 22 hours to bring his dead wife back to life at Sibapadar panchayat under Muniguda block in Rayagada district.

The deceased woman has been identified as Kuni Nundruka. According to sources, Kuni's health condition was not good since past few days and her husband Dasaratha Nundruka, instead of taking her to a hospital, kept on performing sorcery to cure her.