Communal harmony takes the centre stage with the observance of rath yatra in these parts of the state. 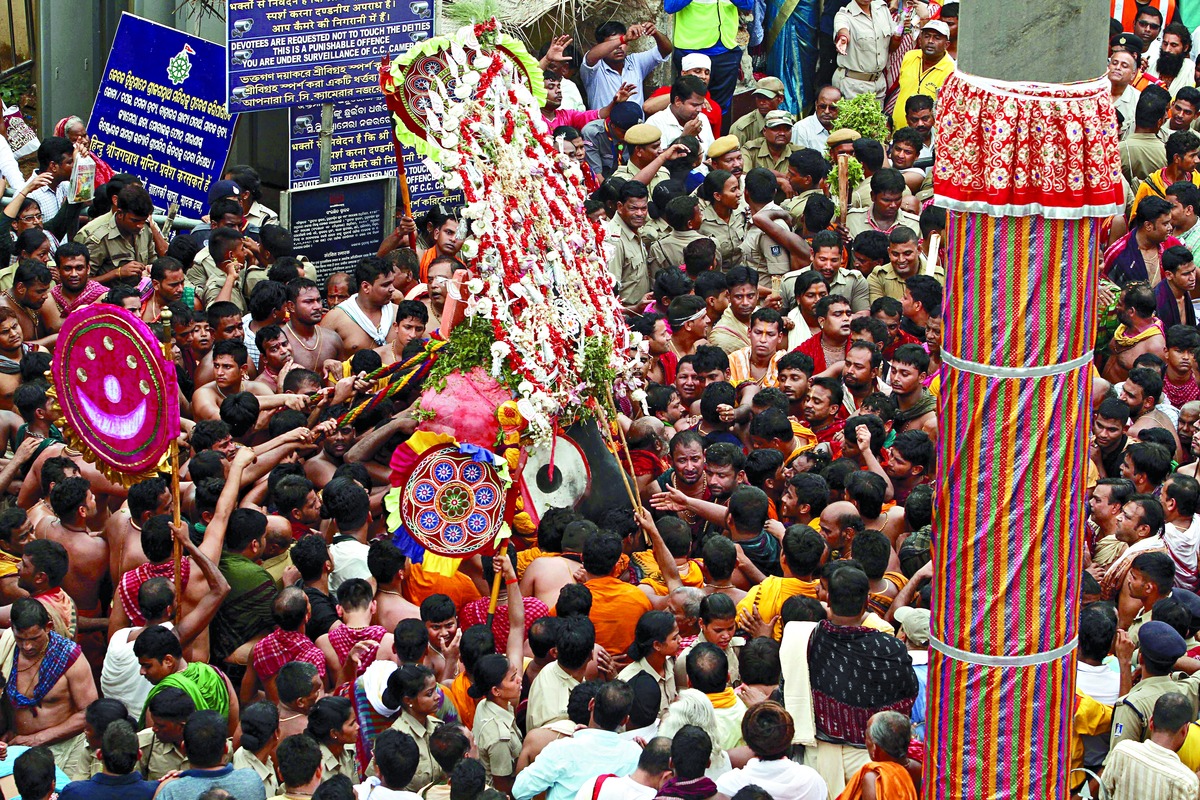 Kendrapara: Communal harmony takes the centre stage with the observance of rath yatra in these parts of the state.

People cutting across caste, creed and faiths join hands to observe the festival in Tulashi Khetra, the abode of Lord Baldevjew in Kendrapara and neighbouring Paradip port township.

"The rath yatra here showcases amity and camaraderie among all the communities. Muslims here join hands with Hindu brethren and take part in the festivities. It gives us immense pleasure to find families from the minority community at the ratha danda (road) witnessing the pulling up of the chariot. For many Muslims here, rath yatra is a festive occasion though it's a Hindu festival. It's a unique case inter-mingling of cultural ethos," said Baldejevjew cult researcher Basudeb Das.

"There is no religious bar in taking part in the festive occasions of other religions. Every year, it has become customary on our part to watch the majestic march of the chariot. It's an occasion to offer greetings to the Hindu brothers. Our Hindu neighbours also reciprocate the gesture on the occasion of Id and Muharram," said local resident Safatullah Ali. "Our children eagerly wait for yatra every year to catch glimpse of the triad of deities - Jagannath, Balabhadra and Subhadra - as they emerge out of their temple abode every year."

"Our religion does not promote hatred towards other faiths though fanatic radical elements have brought disrepute to the religion by acts of terror," he said.

The car festival in the Paradip Jagannath temple in the neighbouring Jagatsinghpur district also showcases harmonious coexistence of people living in the bustling industrial township.

There does not exist restriction on non-Hindus gaining access into the abode of God here. The 60-foot-tall Aruna stambha (the holy pillar erected near the temple entry gate for distant view of God) speaks the story itself. A concrete arch adorns the top of the pious pillar with the engraving of holy symbols of major religions such as Hinduism, Islam, Christianity and Sikhism.

"Rath yatra here is a festive occasion for everybody. People from divergent faiths pull the chariot's ropes and pay darshan to the God," said a local, Dipti Prakash Patnaik. "I accompany my Muslim and Christian friends to the take part in the annual festival."

As people living here pay mutual respect towards to tradition of other religion, communal amity has taken deep root in the port town. There is history of communal or caste-bound conflict erupting here.