Odisha has bagged Rs 4.19 lakh crore of investment intent at the second edition of the conclave 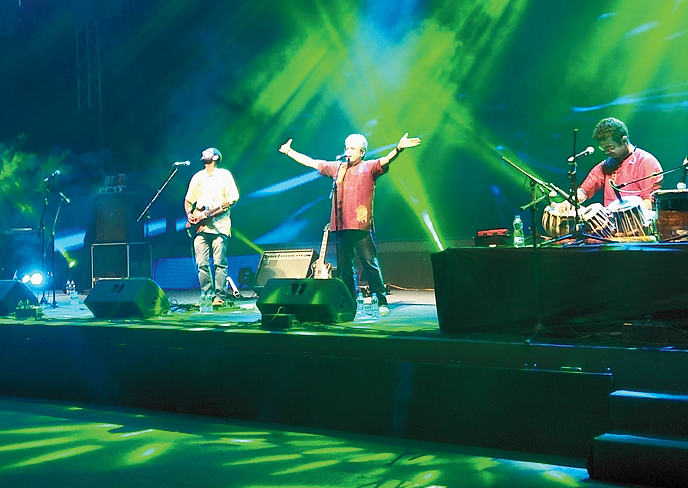 Artistes perform at the concluding ceremony of Make in Odisha Conclave in Bhubaneswar on Thursday.
Picture by Ashwinee Pati
Our Correspondent   |   Bhubaneswar   |   Published 15.11.18, 06:42 PM

The state government has claimed that the biennial Make in Odisha Conclave, which concluded here on Thursday, was a grand success, but the Opposition sought to dismiss the claim as “fake”.

Odisha has bagged Rs 4.19 lakh crore of investment intent at the second edition of the conclave. The pledge is almost twice the amount it had got in 2016. The third Make in Conclave will be held from November 30-December 4 in 2020.

“It’s only a stunt. Not a single manufacturing company has been established so far. State government-run companies such as the Odisha Textile Mill, Konark TV and Konark Watch were shutdown and no efforts have been made to revive it,” said senior CPM leader Janardan Pati.

BJP’s Biswa Bhusan Harichandan said that Odisha had failed to move on the path of industrialisation.

However, industry minister Ananta Das said all of them were jealous of the state’s industrialisation process.

On the concluding day, the state government announced that a policy would be introduced soon to develop the state’s film industry.

“A ministerial committee has been formed to develop the film industry,” said Das.

Secretary, industry, Sanjeev Chopra said: “It has been decided by the government that multiplex operators will be able to acquire land at concessional rates at par with other industries.”

With the collaboration of department of skill development and technical education, a 36-hour Smart Odisha hackathon was organised at the College of Engineering and Technology. More than 4,083 students took part in the competition. Forty-five teams were from Odisha and 35 from other states.