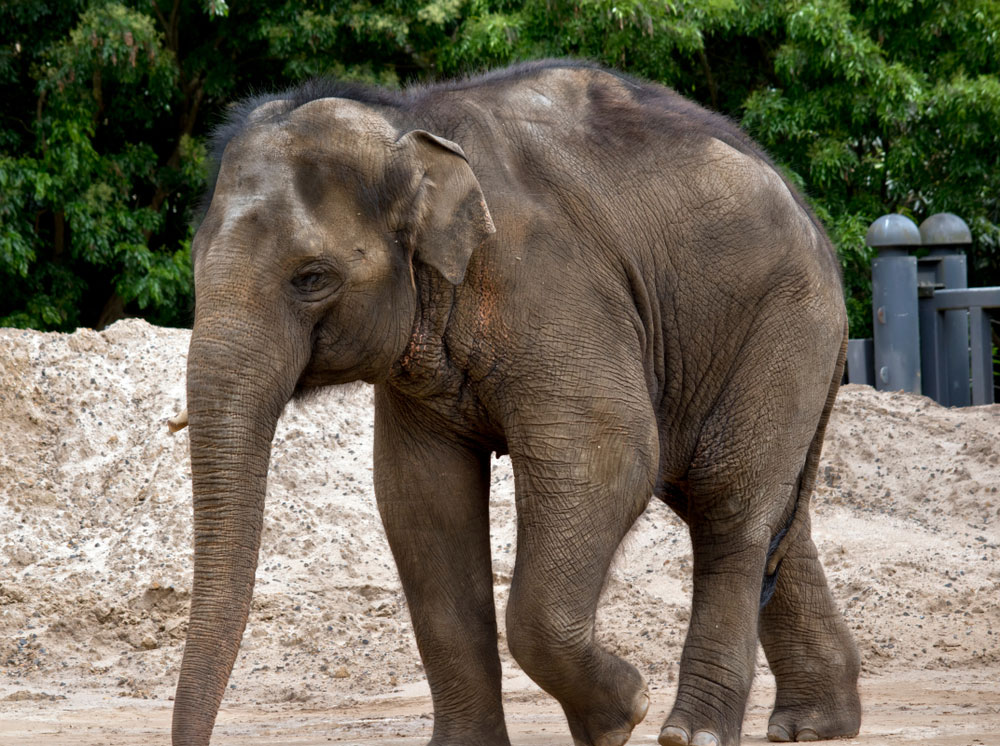 A representational image. A 35-year-old tusker on Wednesday died of electrocution in Handapada forest range of Athamallick forest division after it came in contact with a live wire laid on the ground by poachers.
Shutterstock
B.K. Rout   |   Angul   |   Published 14.11.18, 06:55 PM

A 35-year-old tusker on Wednesday died of electrocution in Handapada forest range of Athamallick forest division after it came in contact with a live wire laid on the ground by poachers.

On October 27, seven elephants lost their lives due to electrocution in Dhenkanal.

Officials said the tusker came in touch with the wire while a heard of four was crossing the forest area from Athmallick division to Angul. The tusker had strayed into the field and died. The tusks were intact. Preliminary investigations revealed that the poachers had laid the trap to kill wild boars.

“Acting on tip-off, we went to the spot and found the dead tusker lying in the field. Forest officials visited the site only on Tuesday. The herd of four, including the tusker, was in a nearby jungle in the night after coming from the Angul division area. Unfortunately, the elephant strayed into the field and died after coming in contact with the electric wire laid by poachers for wild boars,” said Samantray.

He said the offenders, who were absconding, had been identified, and efforts were on to arrest them. There are several cases pending against them, and the four had been produced in court in the past.

Poachers gunned down a tusker and took away its tusks in the Khamar forest area in the district on Sunday. The culprits are still at large despite repeated raids by the forest officials.

Regarding the deaths of seven elephants on October 27 when they came in contact with a 11KV sagging live wire at Kamalanga village in the Dhenkanal division, the authorities had suspended three electric and two forest officials. The state’s crime branch was investigating the case.