Death toll so far 7, viral disease has spread to 20 of Odisha’s 30 districts 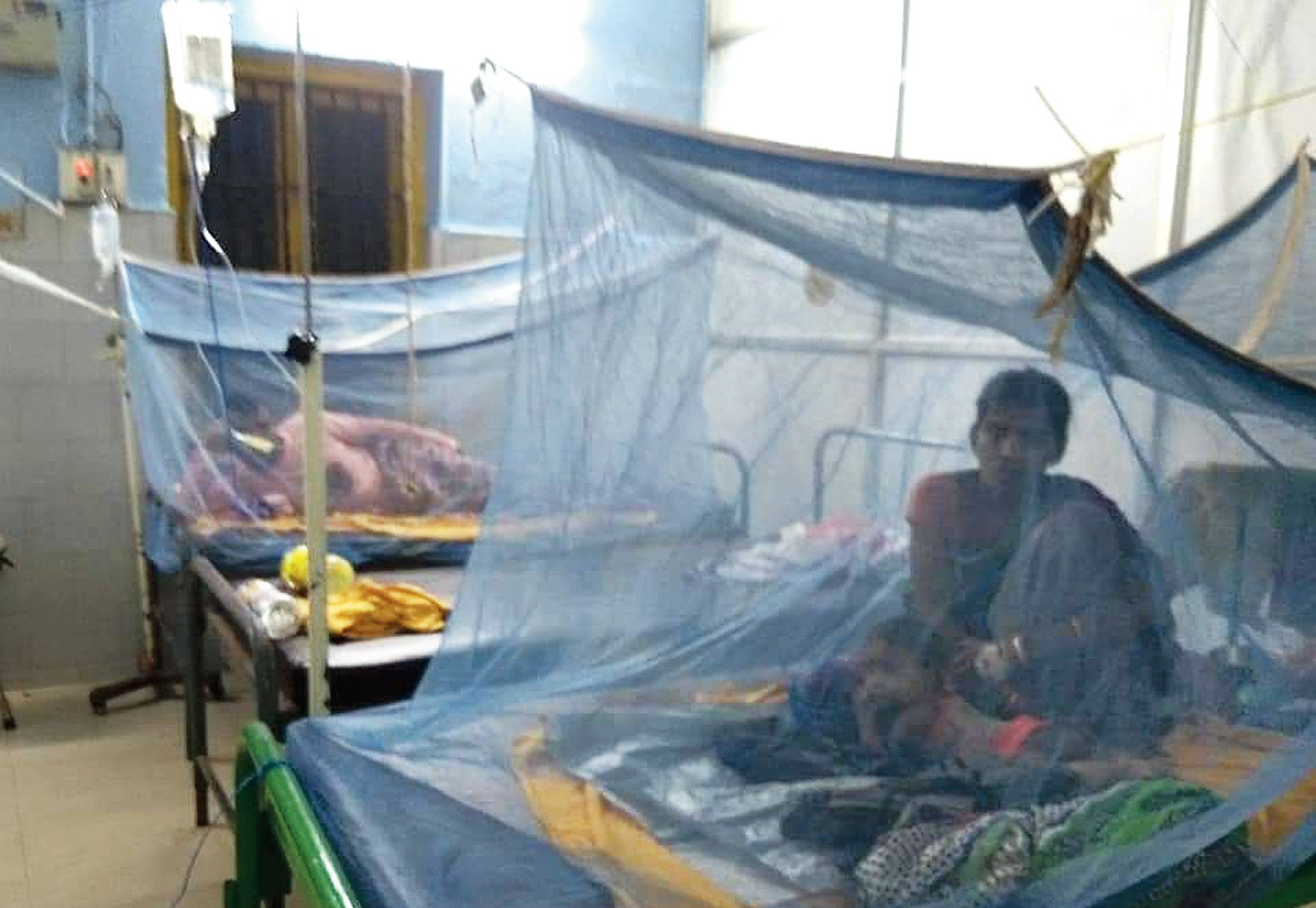 About 492 people suffering from dengue have been admitted to the SCB Medical College Hospital here since October 4.

The number of deaths from the disease went up to seven on Saturday with a woman reported to have died of dengue while undergoing treatment. Manju Rout breathed his last around 7am in the central ICU of the hospital where she was undergoing treatment for the past four days. Rout was from West Midnapore district in Bengal, official sources said.

In the past 23 days, on an average 25 cases were tested positive at the hospital daily, taking the total number dengue patients admitted for treatment to 2,450.

If the turn up at the hospital is any indication, dengue has spread to 20 of the 30 districts of the state.

Last year, nearly 2,315 dengue patients were cured and discharged after treatment from the dengue ward at SCB. The dengue death toll had remained five last year.

“While the death toll has gone up to seven so far this year, 2,362 patients have been cured and discharged after treatment by Tuesday,” said a doctor at SCB’s dengue ward.

He said that at present, 87 patients were undergoing treatment at SCB, of whom nine were in the ICU.

The special dengue ward was made operational and the number of beds was increased from 100 to 150 last year. This year, 22 more beds were added when on an average 34 to 35 patients turned up in a day a month ago.

According to official reco-rds, blood samples of 9573 persons had been tested since May 26 and 25.32 per cent of them tested positive and were admitted for treatment. The maximum number of dengue patients are from Cuttack district.

“Emergency treatment and free blood tests are being conducted on dengue patients. At the casualty and outdoor departments, patients with dengue symptoms are being thoroughly checked and admitted without delay,” Mohanty said. More than 60 per cent of the patients were from the coastal districts, including Balasore, Bhadrak, Kendrapada, Jagatsinghpur, Cuttack and Puri.

The other 14 districts from where the rest of the patients had come included Nayagarh, Khurda, Jajpur, Dhenkanal, Angul, Keonjhar, Boudh, Sambalpur, Ganjam, Rayagada and Sundergarh, Deogarh, Kalahand and Balangir.

The central eviction monitoring committee of the state government on Saturday undertook a major eviction drive to remove encroachments from the road connecting Sainik School and Damana Square.

The drive was carried out to free the land for construction of a 100-meter wide master plan road from Damana Square to Sainik School Square. During the drive, 17 shed houses, some balconies and a 600-feet long boundary wall were demolished.

Elaborate arrangements are being made for the Bali yatra scheduled to held here from November 23 to 29. A preparatory meeting, chaired by

Cuttack collector Aravind Agrawal, was held in Cuttack on Saturday.