Baroda-based contemporary artist Mrugen Rathod brought two groups of rural artists from Odisha together and had each of them experiment with the other's art form. 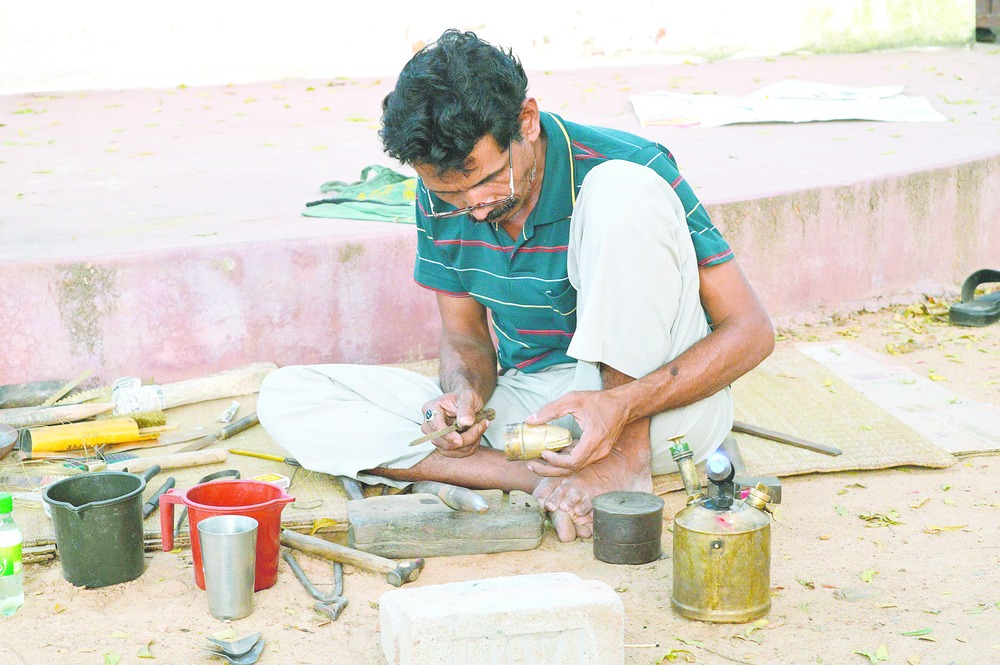 Bhubaneswar, Nov. 2: Baroda-based contemporary artist Mrugen Rathod brought two groups of rural artists from Odisha together and had each of them experiment with the other's art form.

Craftsmen from Bellaguntha in Ganjam and artists from Raghurajpur tried out each other's art forms. The weeklong event, hosted as part of Foundation for Indian Contemporary Art's (Fica) Public Art Grant and also supported by Utsha, concluded today.

"Despite their talent, the situation of artists in different parts of Odisha is shocking. On the one hand, Raghurajpur is declared a crafts village, but artists here are suffering from poverty. Similarly, those from Bellaguntha are also not getting their due recognition," said Mrugen.

In 2009, Mrugen was stunned to see a flexible wood and brass fish created by Bellaguntha artists in a book. He visited Odisha in 2011 and 2012 and found that these craftsmen had the expertise but there was neither documentation nor financial support.

"The tales will be documented and later illustrated by well-known illustrator Sanket Pethker from Mumbai," said 33-year-old Mrugen. The work by the artists were showcased during the last two days at an exhibition on the premises of Utsha Foundation.

"We are delighted to use our work to highlight another form of art," said artist Sarata Chandra Swain, a ganjifa card maker from Raghurajpur.

Among the other artists at the workshop was Bellaguntha's Maheshwar Maharana, the last generation artist of the flexible wooden fish. Pradeep Maharana and Rabindra Nath Maharana and the nearby K Noagad village's Susanta Sahu and Santosh Maharana, all of who make brass fish were also present. Raghurajpur artists include Narayan Bariki (pattachitra), Universe Moharana (palm leaf artist) and Bansidhara Moharana (wood carving).