Decades of struggle led to the formation of Odisha on this date in 1936. Eighty years since the momentous day, much has changed in the state. Namita Panda of The Telegraph traces the journey of the state as well as the hurdles it faced since its formation 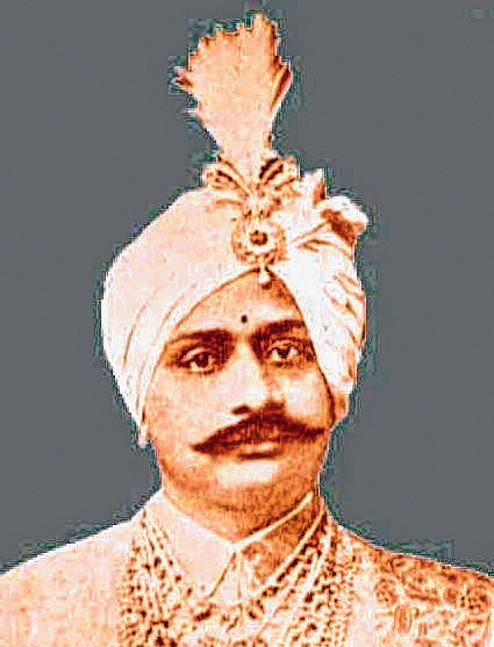 1936-1946: The first decade of Odisha’s separate existence as a state was under British rule. The national movement for an independent India was still continuing. Prominent leaders such as Harekrushna Mahatab, Biswanath Das, Nabakrushna Choudhury, Biju Patnaik and others had joined the struggle. The Eram firing in 1942 by the British force in Bhadrak, termed as one of the worst massacres, killed 29 freedom fighters. On the other hand, steps were also being taken for the state’s development under the ministry, led by Krushna Chandra Gajapati (see picture). In 1946, construction began for the Hirakud dam with the foundation stone laid by Hawthrone Lewis, the then governor of Odisha, and the Central Rice Research Institute was established in Cuttack. A major highlight in this decade was the advent of films with Sita Bibaha becoming the first Odia film released on April 28, 1936.

1947-56: Mahatab was the Odisha chief minister when India became independent in 1947. Biju Patnaik’s daring act of rescuing Indonesian leaders won him admiration across the country and outside. Also, princely states merged with Odisha. The foundation stone for a new capital was laid in Bhubaneswar in 1948 and the capital of Odisha was shifted from Cuttack in 1949. Orissa High Court and All India Radio were founded in Cuttack. Biju Patnaik (see picture) donated 1,000 pounds to Unesco to institute the Kalinga Award in 1952. The Official Language Act was passed in the Assembly to introduce Odia in official work. Nabakrushna Choudhury was the chief minister from 1950 to 1956.

1957-66: This was a significant decade with big projects coming up and establishing Odisha’s prowess in the industrial sector. The Hirakud dam (see picture) was inaugurated and foundation stones for Paradip port and Talcher-based Thermal Power Station were laid by Jawaharlal Nehru, while the Rourkela Steel Plant also started functioning. Culture and education, too, started developing. The Odisha Sahitya Akademi and the Utkal Sangeet Mahavidyalaya were established. Also, Binod Kanungo published his incomparable work Gyanamandal — the Odia encyclopaedia. The Rourkela Engineering College (now National Institute of Technology), Odisha University of Agriculture and Technology and the Sainik School were established, while the Utkal University building was inaugurated and the VSS Medical College also began functioning in Burla. Also, the Similipal forest was declared as national park in 1957. The Odisha State Archives, Barabati Stadium and the Nandankanan Zoological Park were established and the present Odisha Legislative Assembly building was inaugurated in 1961. Mahatab had been the chief minister from 1956 to 1961 followed by brief stints by Biju Patnaik, Biren Mitra and Sadashiv Tripathy, leading to political instability.

1967-76: Natural calamities had always cast their destructive spells on Odisha. In 1972, a severe cyclone hit the state. Coalition governments found it difficult to sustain with Rajendra Narayan Singh Deo, Biswanath Das and Nandini Satpathy (see picture) becoming the chief ministers in short phases. The positives were that Berhampur and Sambalpur universities started functioning and also a naval training centre at Chilika and the Salt Water Crocodile Research Centre at Bhitarkanika were set up.

1977-86: On the political front, the decade saw initial struggle in stability with Binayak Acharya and Nilamani Routray taking charge between 1976 and 1980 after which J.B. Patnaik (see picture) emerged chief minister for two terms from 1980 to 89. Nalco in Angul and Ordnance factory at Saintala in Balangir were set up by Indira Gandhi, who also addressed her last public meeting in Bhubaneswar. The Odisha Science Academy and the Pathani Samanta Planetarium were established to boost scientific research in Odisha.

1987-96: This decade saw the rearrangement of the 13 districts into 30. Cuttack Doordarshan started Odia newscast in 1988 that helped the state connect with the world more easily. The Bhubaneswar Stock Exchange started functioning, too. Millenium ceremony of Cuttack was celebrated. The state also caught the nation’s attention with the first test of ballistic missile Agni conducted at Chandipur. Sports was also in focus. As part of the initiatives, the Jawaharlal Nehru Indoor Stadium was built in Cuttack. Hockey legend Dillip Tirkey (see picture) was part of the Indian team in Atlanta Olympics in 1996. After a short stint by Hemananda Biswal, stalwarts in Odisha politics, Biju Patnaik (1990-1995) and J.B. Patnaik (1995 to 1999) came to power one after another.

1997-2006: The Kargil war was a challenge for the nation during this period, but Odisha was also shaken by a political controversy like never before. The then chief minister, J.B. Patnaik, had to step down in 1999 in the wake of the Graham Staines murder and amid rumours of giving shelter to a prime accused in the rape of the estranged wife of an IFS officer. But, this year is remembered around the globe for the ferocity of the super cyclone (see picture) that spelled disaster in Odisha. The then chief minister, Giridhar Gamang, could not gain the trust of the people in the aftermath of the natural disaster and Hemananda Biswal managed only a few months in power. But, this decade was to see the emergence of the most popular leader of the state ever who would break all records in wining elections. The Biju Janta Dal was formed after Biju Patnaik died in 1997, creating a political void.

That is when Naveen Patnaik took charge of a cyclone-ravaged and economically bankrupt Odisha in 2000. He continued to be in power winning the elections in 2004. This term, however, also witnessed upheavals. After the Odisha government signed an MoU with Vedanta for an alumina plant at Lanjigarh in Kalahandi in 2004 and Posco for a steel plant at Govindpur in Jagatsinghpur district in 2005, both big foreign investments turned into major controversies and the industrialisation process hit major roadblocks subsequently. The Kalinga Nagar firing that claimed 13 lives gave another jolt to the industrialisation drive. Maoist activities also increased in the state in this decade such as the R Udaygiri attack in 2006. Dillip Tirkey had become the Indian captain and played two more Olympics, while athlete Anuradha Biswal took part in the Sydney Olympic Games. Technical education also saw growth with emergence of private engineering colleges in large numbers in the state establishing Odisha as a hub for engineering students.

2007-16: Maoist menace proved to pose challenges for the Naveen government with major blasts in Nayagarh, Koraput. Later in this decade, there were abductions such as Malakangiri collector R. Vineel Krishna, MLA Jhina Hikaka and Italian tourist Paolo Bosusco in separate incidents in 2011 and 2012. The Kandhamal communal violence in 2008, mining scam that surfaced in 2009, and in the last part of the decade, the Pipili gang-rape and murder case, deposit collection scam, Nabakalebar (see picture) Brahma Paribartan controversy and nabbing of self-proclaimed godmen were some major worries for Odisha people. Also, a political coup, the more recent Dhal Samant brothers case, arrest of members of terrorist outfits and farmer suicides kept Odisha busy this decade. Posco and Vedanta protests continued for most part. But there was also some good news. On the education front, an IIT, IIM, AIIMS, NISER, IISER, National Law University and the Central University have been founded in the state boosting its academic and scientific education and research as well as medical facilities. Private health care and IT industry also saw a growth in Odisha. The name of the state was changed from Orissa to Odisha, and in 2014, Odia language received the classical language status.