For some women voters, issues like the Citizenship (Amendment) Bill, 2019, hardly matter 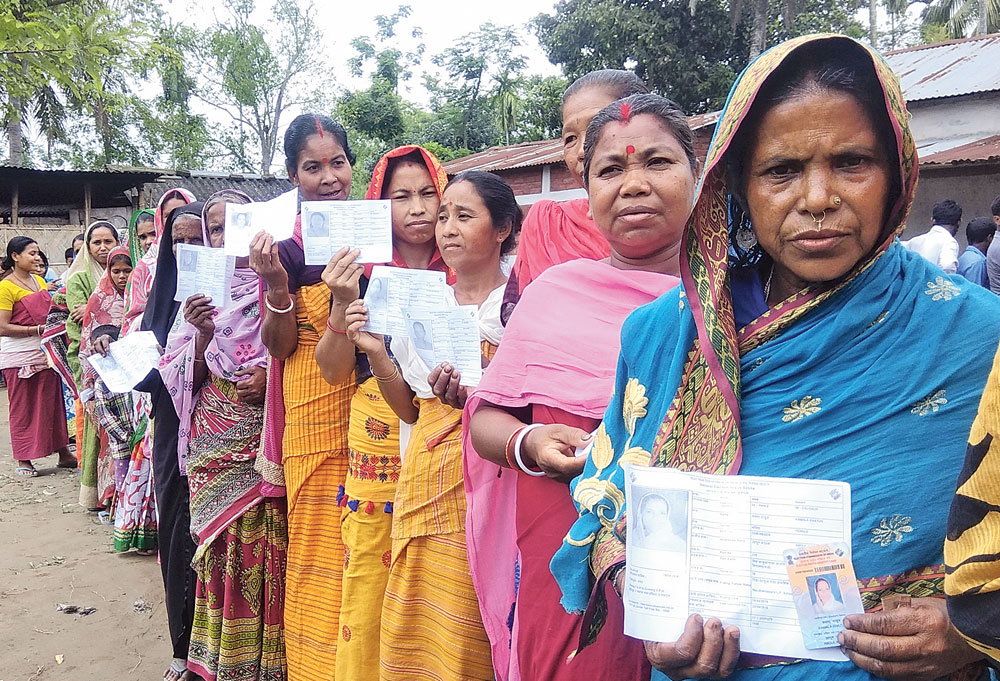 Sushila Basumatary, in her 40s, has been voting for the several decades but nothing has changed in her life.

Sushila, a tea garden worker in Koupati under Udalguri district near Orang National Park, which falls in Mangaldoi constituency, said she neither has hope nor expectations.

“All governments are the same. Whoever wins, it does not change our lives. We have seen it over the years. Still we have come here to vote today…maybe we will get something,” Sushila told The Telegraph at Niz Jhakuwapara Lower Primary School polling station.

Sushila came accompanied by her neighbours and friends Malati Boro, Kamala Khatun and other women.

Sushila, whose husband is a farmer without any land of his own, said she is worried about the future of their three daughters. “Our daughters are growing up. We would have been grateful to the government if we were provided a house. We applied several times, but we have not received any response. We will be happy if the government, whoever wins, arranges houses for the poor without much difficulty.”

Kamala, whose son couldn’t complete school and now works as a daily wage labourer, said she doesn’t trust any political party. “We don’t understand politics. We are poor and we want the basic facilities,” she added.

A few kilometres from the centre where Sushila and her friends cast their votes, Padmini Orang has just come out after voting at Vallabh Bhai Patel HS School in Koupati.

For her, employment for her son and daughters is the priority.

“We have spent our lives in hardship. We don’t want our children to face the same fate,” Padmini said.

She said her son and two daughters are studying in school and college. “I definitely want jobs for them.”

People from different communities live in the area and most of them either work in tea gardens and or are farmers.