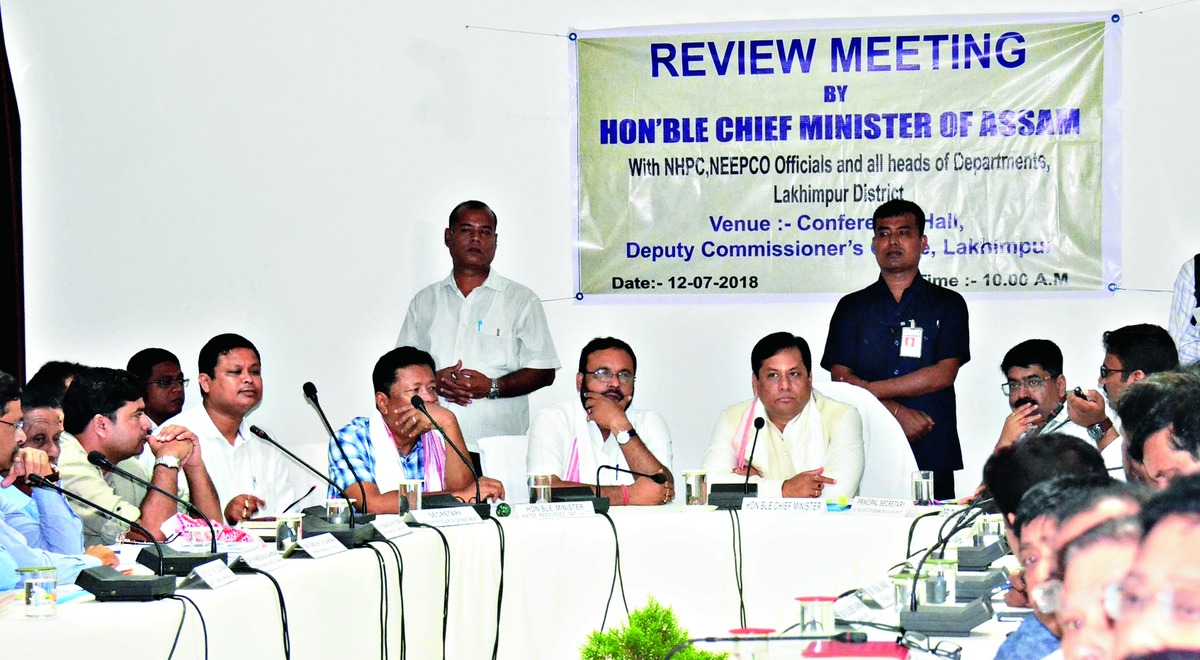 The warning came at a review meeting at the deputy commissioner's office in Lakhimpur in view of the deluge triggered by the sudden release of excess water from Ranganadi earlier.

An embankment breach caused by sudden water release from Ranganadi in July last year killed 11 people and wreaked havoc in Lakhimpur district. A study conducted by a professor of IIT Guwahati had warned the embankment may not be able to withstand the water pressure this year during floods.

A statement released from the chief minister's office on Thursday evening quoted Sonowal saying that because of the sudden release of water by Neepco without any warning people in a large part of Lakhimpur district had to face flood fury in the last few years.

Sonowal directed the Lakhimpur administration to concretise the raised platforms used to provide shelter for flood victims. He directed to make the concrete platforms with multipurpose functionality and conduct survey for land required for building the platforms.

Sonowal also instructed the Assam Power Distribution Company Ltd (APDCL) to ensure zero casualty from electrocution during the floods. He directed the water resource department to conduct surveys on the rivers during winter for preparing technically correct project reports to manage the floods effectively.

The daily flood report of the Assam State Disaster Management Authority on Thursday said the Brahmaputra at Neematighat in Jorhat and the Jia Bharali in Sonitpur are flowing above the danger level. Dhemaji, Lakhimpur and Biswanath districts are still affected by floods. At least 34 people have lost their lives this year in the deluge.