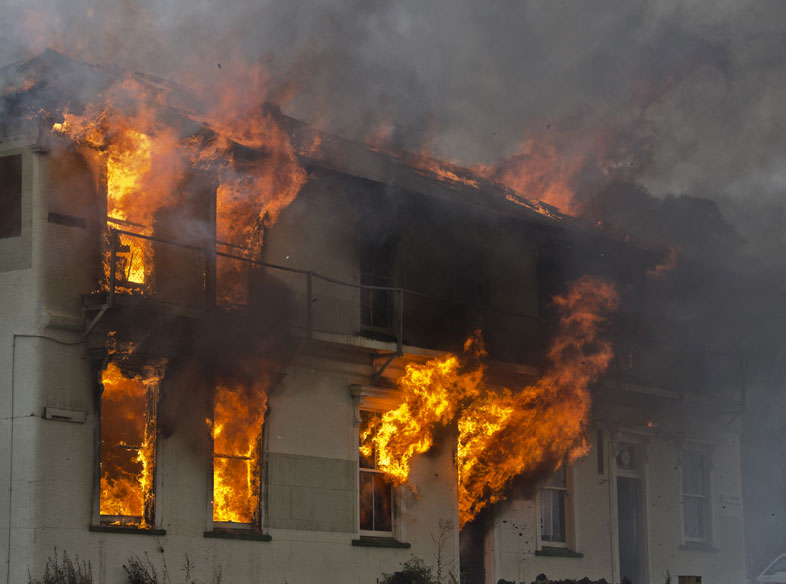 Police sources said after the children were extricated from the first floor, they were taken to Gauhati Medical College and Hospital but the doctors declared them brought dead.
(Shutterstock)
Mohsin Khaiyam   |   Guwahati   |   Published 23.01.20, 06:36 PM

Seven-year-old Ivan Goswami’s birthday turned into a tragedy as a fire in his family house burnt him and his four-year-old brother to death here on Thursday.

Police sources said preliminary findings suggest that the fire on the first floor of the Goswami house at Basisthapur was triggered by the explosion of an LPG cylinder following a short-circuit. The matter is being investigated by the police and fire and emergency services, they added.

A neighbour, Hirak Nath, said Ivan and his brother Ishan were alone on the first floor when the fire broke out around 1pm. Their grandmother was downstairs while their mother, Shilpi Bora Goswami, was preparing for Ivan’s birthday party in the garden. The children’s father, Tushar, a geologist, was on his way back from Sivasagar, a distance of 355km, at the time of the tragedy. “It was Ivan’s birthday and the family was preparing for a get-together. Everything happened suddenly. When we reached the spot, we heard the children screaming but we failed to save them as the fire spread rapidly. The children died of burn injuries on the spot,” he said. Locals said the top floor was reduced to ashes “except a table”.

The locals also alleged that fire-tenders reached late. Fire-fighters reached the site in about 20 minutes from the time of information. The Dispur fire station less than 2km from the Goswami house. Three fire-tenders took about one hour to control the blaze but the team could not save the children. “Big fire-tenders could not reach the spot because of narrow lanes and traffic snarls. Smaller ones had to be deployed,” Nath said.

The children’s grandmother and mother, who are said to be in a state shock and have received minor injuries, were admitted to GMCH.

Police sources said after the children were extricated from the first floor, they were taken to Gauhati Medical College and Hospital but the doctors declared them brought dead. Ishan was a class I student of Srimanta Sankardev Academy and Ivan in nursery at Holy Home School here.