Tableau to sensitise people on poaching 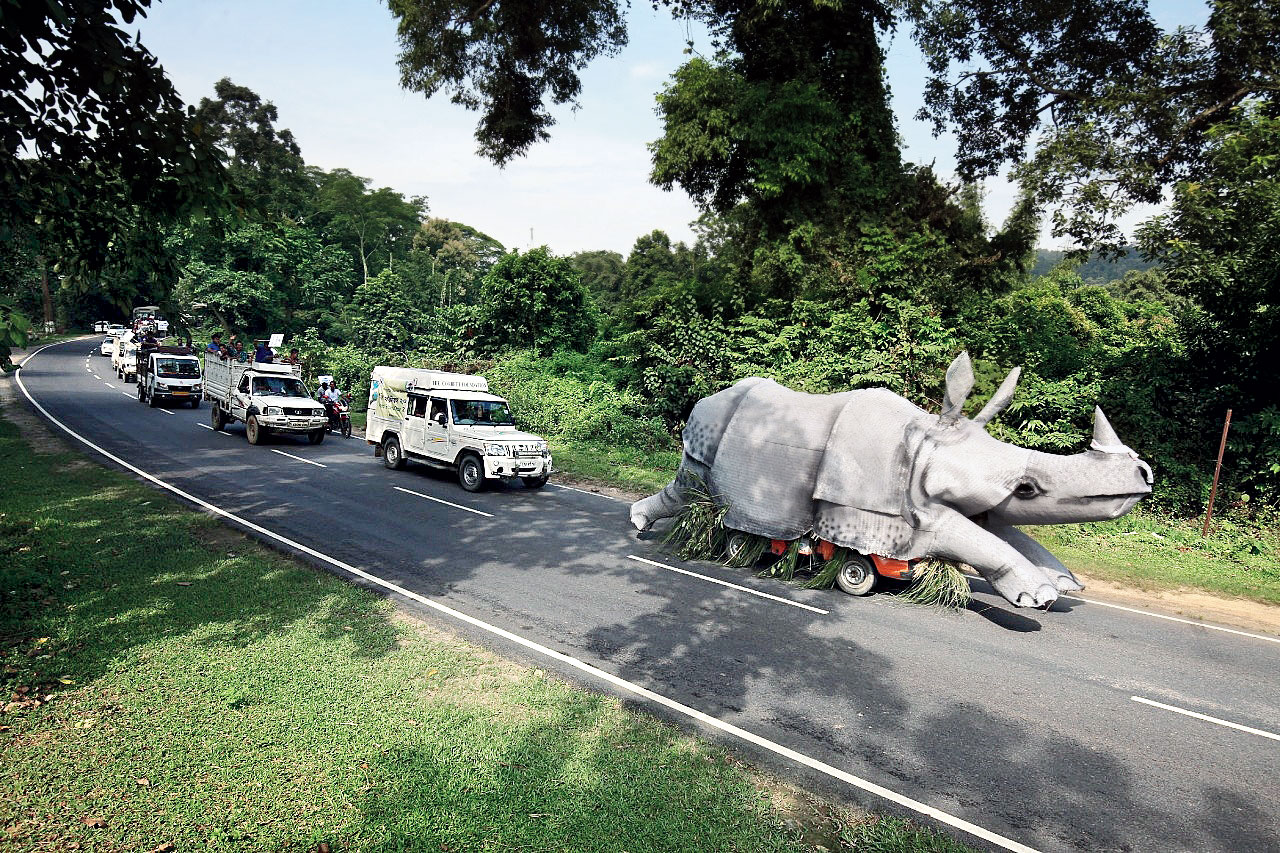 National Park, in association with several organisations, organised the procession of a rhino tableau from Kaliabor in Nagaon district to Bokakhat in Golaghat district and continued to Biswanath Chariali to mark World Rhino Day on Sunday.

The rhino yatra from Kaliabor to Bokakhat, around 75km away, was flagged off by park director P. Sivakumar. The tableaus, along with campaigners, stopped at different places like Jakhalabandha, Burapahar, Bagori and Kohora to create awareness among the people on poaching. The tableaus then went from Kaliabor to Biswanath via Tezpur, Balipara and Jamuguri. Finally, the tableau arrived at Bokakhat Natyamandir in the afternoon where an open session was held.

People take out a rally on world rhino day in Kaliabor on Sunday.
Picture by UB Photos

An art competition, Kabi Sanmilan (poets’ gathering) and discussion were organised on the occasion.

A health check-up camp was also organised by Pobitora wildlife sanctuary, in association with wildlife NGO Aaranyak and Lions Club Guwahati, where 70 field staff underwent examination. Of them, 17 were diagnosed with moderate to high blood sugar and one with cataract.

The NGO also distributed 149 windcheaters to all the frontline staff.