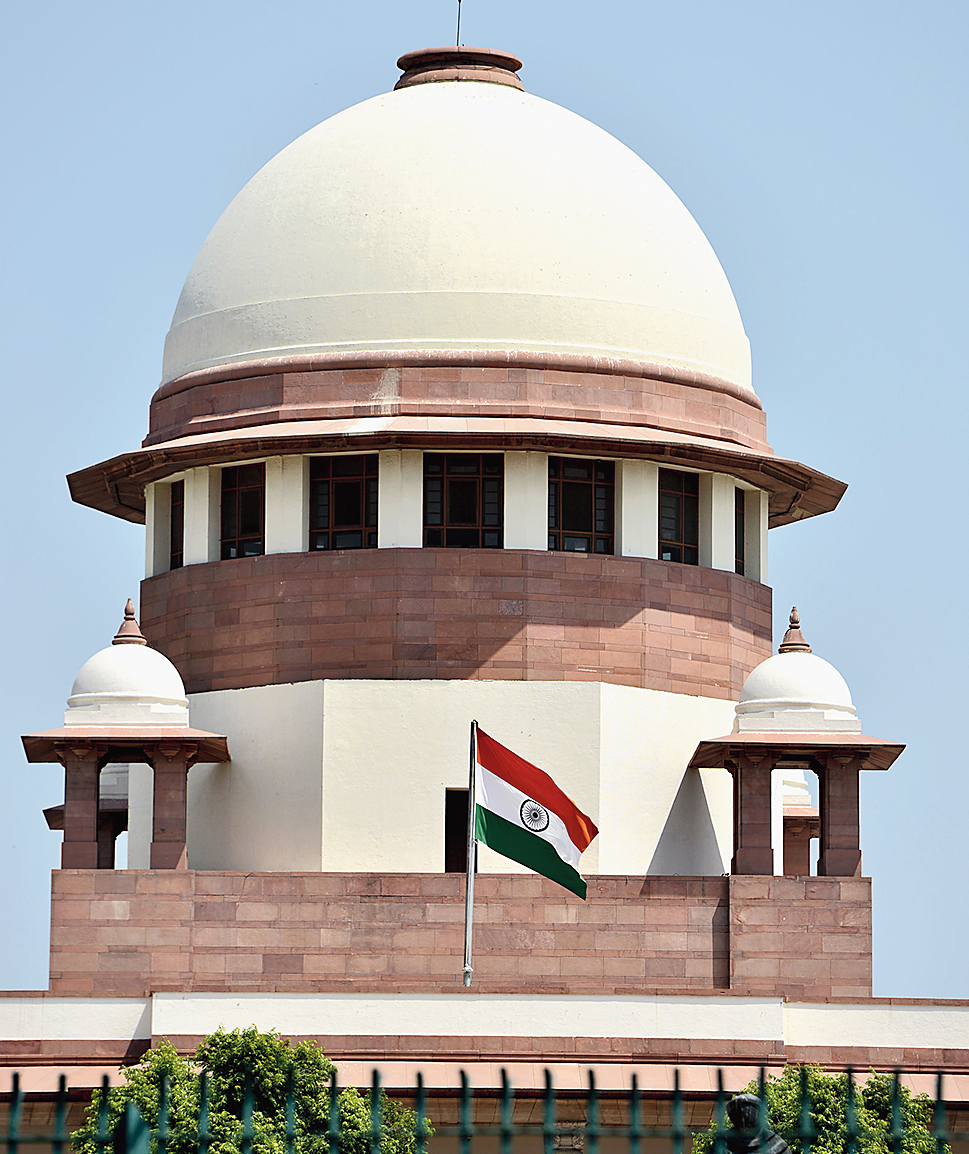 The Supreme Court on Friday directed the Centre to place a status report by Monday on the steps taken so far to rescue the miners trapped in a coal mine in Meghalaya since December 13 last year and also said that the government was free to take action against owners of illegal mines.

A bench of Justice A.K. Sikri and Justice Abdul Nazeer made the observation after solicitor-general Tushar Mehta, representing the Centre, told the court that as many as 12 expert navy divers and four technical staff had been pushed into service to rescue the trapped miners but they were facing difficulties as there was no blueprint of the 355-foot well and because of inflow of water from a nearby river.

Mehta said the mine was illegally operated, had a maze of rat holes and no blueprint was available about its actual extent, depth and other parameters.

“There are no air pockets and water is muddy, unlike the Thailand cave,” he added.

Mehta was reacting to the court’s observation on Thursday that when India can make efforts to rescue a football team in Thailand, there was no reason why similar steps cannot be taken in Meghalaya.

The apex court was dealing with a PIL filed by advocate Aditya Prasad, criticising the Centre for failing to rescue the Meghalaya miners.

About 15 miners were trapped in a coal mine near Lumthari village in Ksan area in East Jaintia Hills district of Meghalaya after water from the adjoining Lytein river gushed in.

Rat-hole mining involves digging of narrow tunnels, usually three-four feet high, for workers to enter and extract coal. The horizontal tunnels are often termed “rat holes” as each just about fits one person.

The apex court had on Thursday expressed dissatisfaction over the steps taken by the Meghalaya government to rescue the miners and had said “prompt, immediate and effective” operation was needed to rescue them as it was a matter of life and death.

It had asked the solicitor general to apprise it by Friday of the steps which the government intends to take in the matter.

Mehta’s submission on Friday prompted the bench to say that irrespective of the illegality of the mines, the priority must be to save the lives of the trapped miners. “We understand the mines are illegal but for that innocent poor miners cannot suffer. You may take action against those operating the mines.”

Justice Sikri also counselled senior advocate Anand Grover, appearing for the Centre, to have some patience as the authorities seemed to be now making some serious efforts. “It is not an adversarial petition…it seems now they are making some efforts, although they initially failed to make serious efforts,” he said.

When Grover cited reports of a local Shillong daily on the failure of the authorities to press into service several equipment for rescuing the miners despite their availability, the bench said it cannot rely on newspapers report since experts were already on the job.

“The joint effort is to ensure these persons are alive and they should be brought out alive,” Justice Sikri said while adjourning the matter till Monday.