Over 60 people died in Jorhat in hooch tragedy 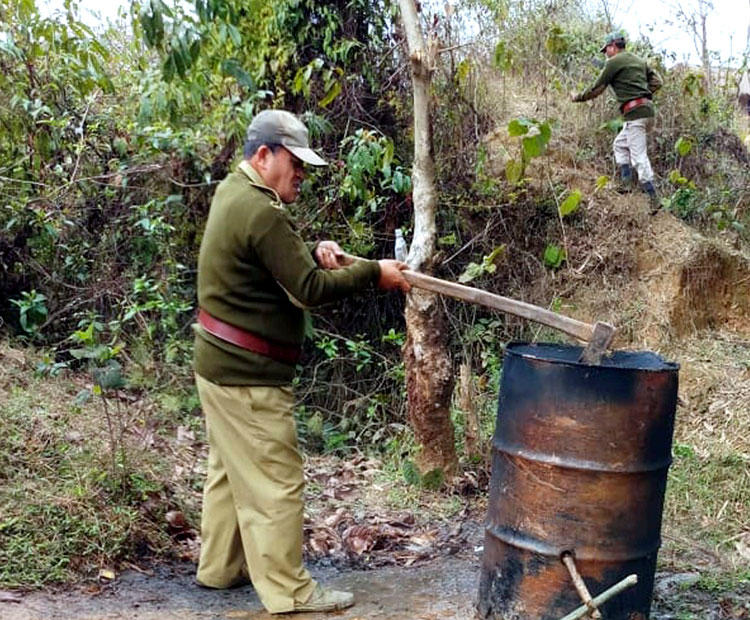 District superintendent of police Pushpraj Singh on Wednesday said a special investigation team (SIT) has been constituted to probe into the hooch deaths in Golaghat.

“We have formed a special investigation team, comprising four of our officers, led by deputy superintendent of police. Three cases have been registered under various sections of the IPC and 34 people arrested. Four more persons involved in this case will be arrested soon,” Singh added.

“Going through the evidence, we assume it was a case of methanol poisoning. Viscera of 40 people have been sent for forensic examination,” he said.

Excise department officials carried out an operation in Rongjuli and Kahibari here on Wednesday and seized 1,000kg of fermented wash and 50 litres of illicit distilled liquor.

The one-man inquiry panel of Upper Assam commissioner Julie Sonowal, formed by Dispur to inquire into the incident, will start its public hearing at the circuit house here on Thursday.

The SIT comprising 14 officers, under Titabar sub-divisional police officer Subhrajyoti Bora, has been formed by Jorhat superintendent of police Baivab Nimbalkar on Wednesday. Titabar police on Wednesday appeared before Titabar sub-divisional magistrate court with Jitu Sonowal and Sunil Baruah, the two main accused in the hooch tragedy in Borholla, Jorhat, who were arrested from Baksa district late on Sunday night.

The duo have been sent to judicial custody for 14 days.

Over 60 people died in Jorhat. Of them, 33 hail from Borholla tea estate. The toll rose to 79 in Jorhat Medical College and Hospital, with two more deaths on Wednesday.

Altogether 164 people are under treatment, including four in critical condition. A total of 136 have been discharged.