No pressure to vote for bill, says Agatha 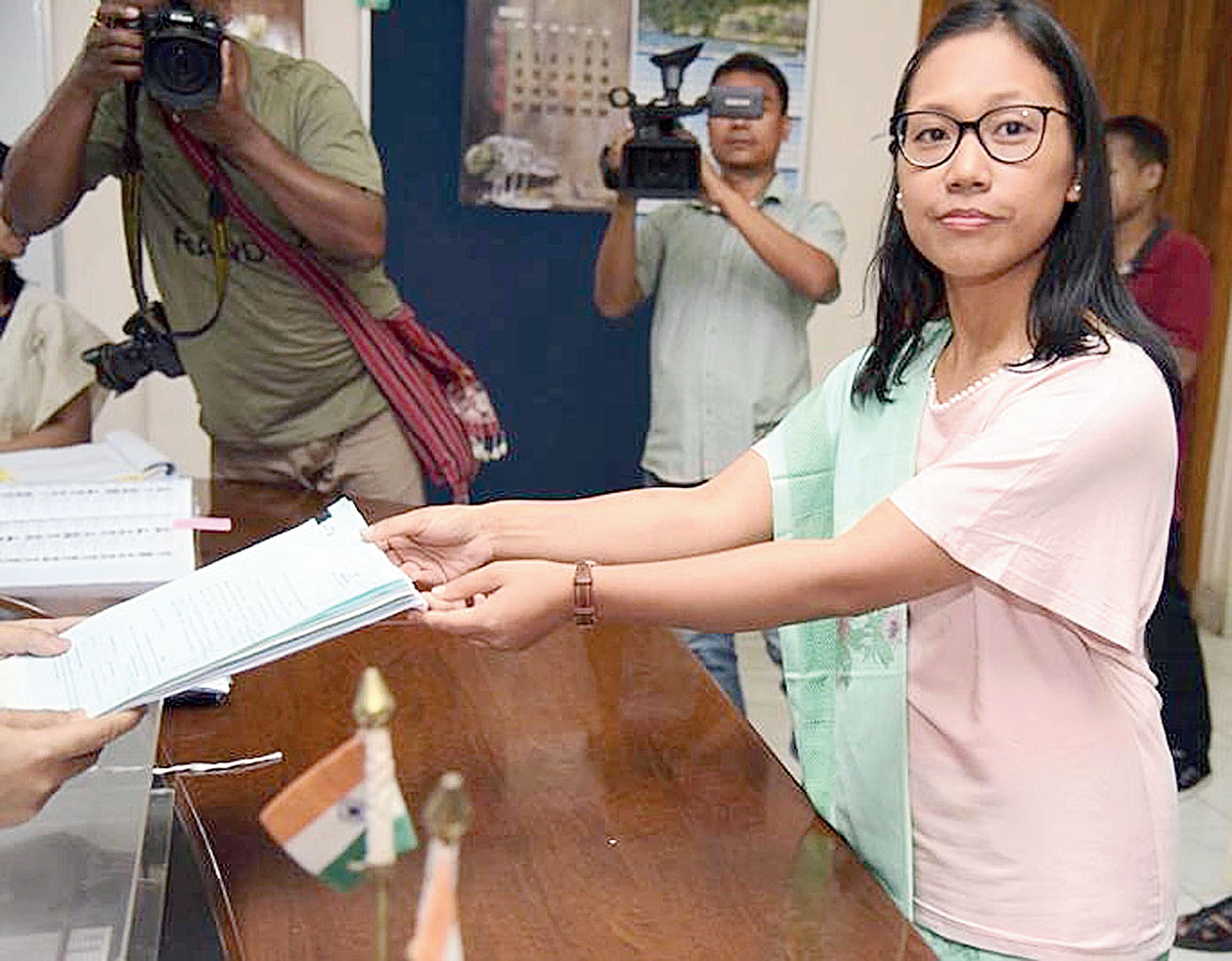 Tura Lok Sabha MP Agatha K. Sangma has claimed that there was “no pressure” from the BJP to vote in favour of the Citizenship (Amendment) Bill while urging everyone to “read the bill before assuming anything”.

Agatha and the National People’s Party, which is leading a coalition government in Meghalaya, have been at the receiving end after she voted in favour of the bill in the Lok Sabha on Tuesday. The bill had received the nod from 311 MPs while 80 MPs were against it.

On Wednesday, in reply to a query from The Telegraph on whether there was pressure from the BJP to vote in favour of the bill, Agatha replied, “Not at all”.

On why she voted for the bill, she said, “We looked at the changes made in the bill and the exemptions made, and then took a call. The current bill is very different from the previous one.”

The bill has exempted the tribal areas of Assam, Meghalaya and Tripura as well as in those states of the region where the inner-line permit (ILP) regime is in place.

As a message to those who are protesting against her, she said, “I urge everyone to read the bill carefully before assuming anything. Meghalaya is amply protected and we will continue to strengthen the mechanisms to protect ourselves. But we need the cooperation and support of the people. Good implementation requires the support of everyone in the state.”

Days before the bill was presented in the Lok Sabha, Neda convener Himanta Biswa Sarma had claimed that all the BJP partners in the Northeast would be supporting the bill in Parliament.

While the NPP, when it met Shah in New Delhi on November 30 had given a resolution to oppose the bill, was expected to disagree with the bill, it took everyone by surprise when Agatha chose to vote for the legislation.