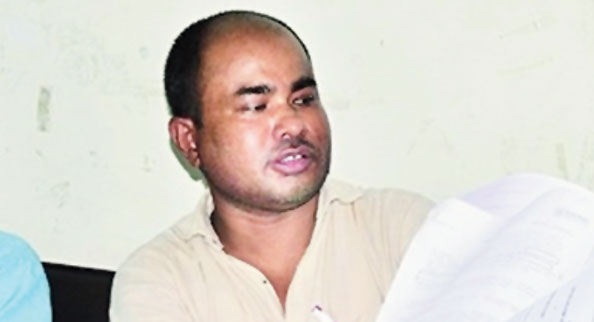 RTI activist and Swaraj Asom convener, Bhaben Handique, has been summoned by the National Investigation Agency (NIA) for questioning in connection with a case lodged against anti-Citizenship Amendment Act protesters, including KMSS leader Akhil Gogoi.

The notice to Handique said, “…you are hereby directed to appear before the undersigned on May 9 at 11:00am at the National Investigation Agency office located at...Nadiakhal in Sonapur district, Kamrup (M), Assam, for the purpose of answering certain questions relating to the case.”

Handique said he had received the notice and said he would go but claimed he was being targeted because of his anti-CAA stand and his stand against government irregularities. Handique said he had been vocal about the Louis Berger scam, in which finance minister Himanta Biswa Sarma was an accused.

Handique, a former KMSS member, had left the organisation owing to an internal clash, but has maintained good terms with its leaders.

He said he was being targeted owing to his closeness to the KMSS leaders.