The Centre’s move to impose the contentious CAA, which most see as a threat to Assamese identity and culture, triggered the formation of the Assam Jatiya Parishad 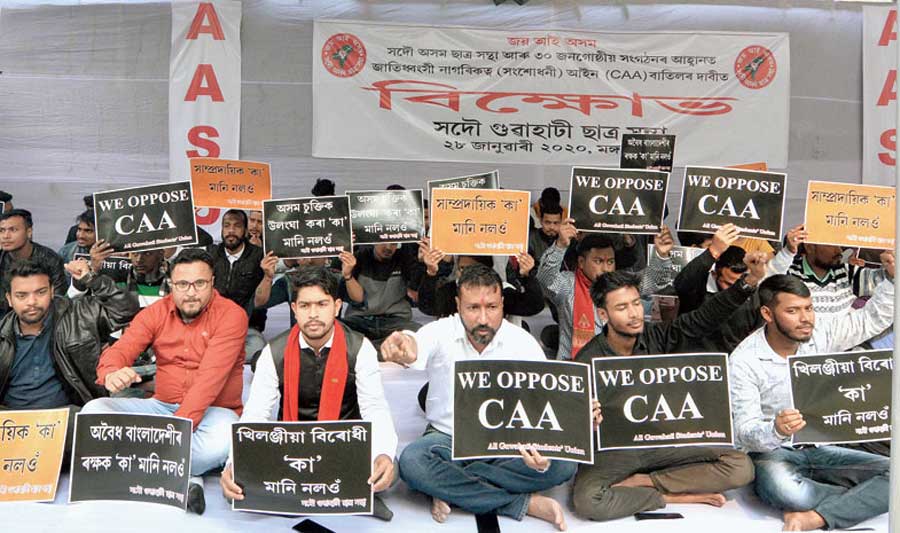 The new regional party backed by the influential All Assam Students’ Union (AASU) and Asom Jatiyatabadi Yuba Chatra Parishad (AJYCP) has been named Assam Jatiya Parishad (AJP) and its slogan will be ghore ghore aami (we will be in every household).

The name, the slogan and the agenda of the party, seeking to emerge as a strong, inclusive and permanent regional alternative to the BJP and the Congress by securing the interests of the state in next year’s Assembly polls, was declared here on Monday by its convenors Krishna Gopal Bhattacharya and Basanta Deka in Guwahati.

Just as the Asom Gana Parishad (AGP) was the outcome of the six-year-old Assam Movement against illegal foreigners, the Centre’s move to impose the contentious citizenship amendment act, which most see as a threat to Assamese identity and culture, triggered the formation of the AJP.

The formation of the AJP will pose a direct challenge to the AGP which the AASU and AJYCP say has lost its regional character. Several AASU and AJYCP leaders are expected to be part of the new party but the two organisations will remain apolitical.