Advertisement
Home / North-east / Naga Front for restraint on all sides

Naga Front for restraint on all sides 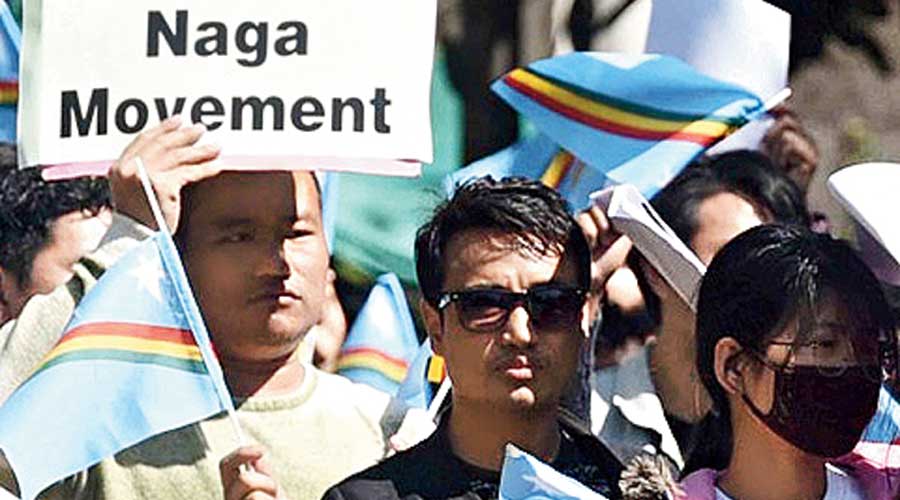 The NPF, seeking the resignation of the incumbent NDPP-BJP government in Nagaland for its alleged failure on all fronts, also referred to Saturday’s encounter.
File picture
Umanand Jaiswal   |   Guwahati   |   Published 15.07.20, 12:26 AM

The Naga People’s Front, Nagaland’s principal Opposition party, has said any “aggressive action” by either the NSCN (I-M) or security forces, following Saturday’s encounter in which six cadres of the outfit were killed, would “derail” the much-awaited solution to the Naga political problem.

The NSCN and the Centre are in a ceasefire in Nagaland and reportedly very close to clinching a peace deal to end the decades-old Naga political issue.

The NPF, in a statement on Monday seeking the resignation of the incumbent NDPP-BJP government in Nagaland for its alleged failure on all fronts, also referred to Saturday’s encounter. Expressing anguish over the killing of the six NSCN (I-M) cadres at Nginu village in Arunachal Pradesh’s Longding district, the NPF appealed to all stakeholders to expedite the process to arrive at a mutually agreed settlement to the Naga political problem.

“The NPF strongly feels any aggressive action by either side will derail the hard-earned peace and when the general public is eagerly waiting for the honourable solution to the Naga political problem at any moment, such actions will only hamper the political negotiation,” it said.

The NPF reaction came a day after the NSCN (I-M) dubbed the encounter as an “act of terrorism” by security forces and said the 23-year-old truce with the Centre had “lost” its meaning in the absence of “mutual respect”.

The outfit’s Wancho region unit said it was “ highly outrageous” to brand their members as terrorists despite lifting of the ban on NSCN and the signing of the Framework Agreement in 2015.

The NSCN (I-M) on Monday posthumously promoted the six deceased “Naga army” personnel — Somaya Shatsang, Ashak Wangsa, Somipam Shaiza, Sawang Pansa, Lentsuba Lalii and Paogouhao Lhangum — in recognition of their “selfless service to the cause of the Naga nation”. Their bodies are expected to reach Nagaland by Wednesday, a source said.

Two leading organisations, the Naga Hoho and the Naga Mother’s Association, had written separately to the Longding district administration and the chairman of the Ceasefire Monitoring Group, Kohima, to help bring the bodies of NSCN (I-M) cadres to Nagaland.

Across borders: The NSCN (I-M) on Tuesday criticised Brigadier Vijay Chasar for claiming that the ongoing “ceasefire is applicable only in Nagaland and not in Arunachal Pradesh”. According to the outfit, the ceasefire deal is between the NSCN and the Centre as two entities “without territorial limits” as per the Bangkok Agreement of June 14, 2001.

“We have been maintaining the essence of this historic agreement in letter and spirit wherever Naga army operates,” the NSCN said. “A clear-cut answer is, therefore, demanded whether there is ceasefire in Naga-inhabited areas of Arunachal Pradesh state or not. Make your position officially known within one week. In the event of ugly aftermaths evolving spontaneously out of such situation, we shall not be held responsible.”

States neighbouring Nagaland — Arunachal Pradesh, Manipur and Assam — had objected to the extension of the ceasefire to the their territory.