Advertisement
Home / North-east / Manipur a festival through the year: Nirmala

Manipur a festival through the year: Nirmala

You don’t need a festival to showcase a gem among states, defence minister says as she opens Sangai festival 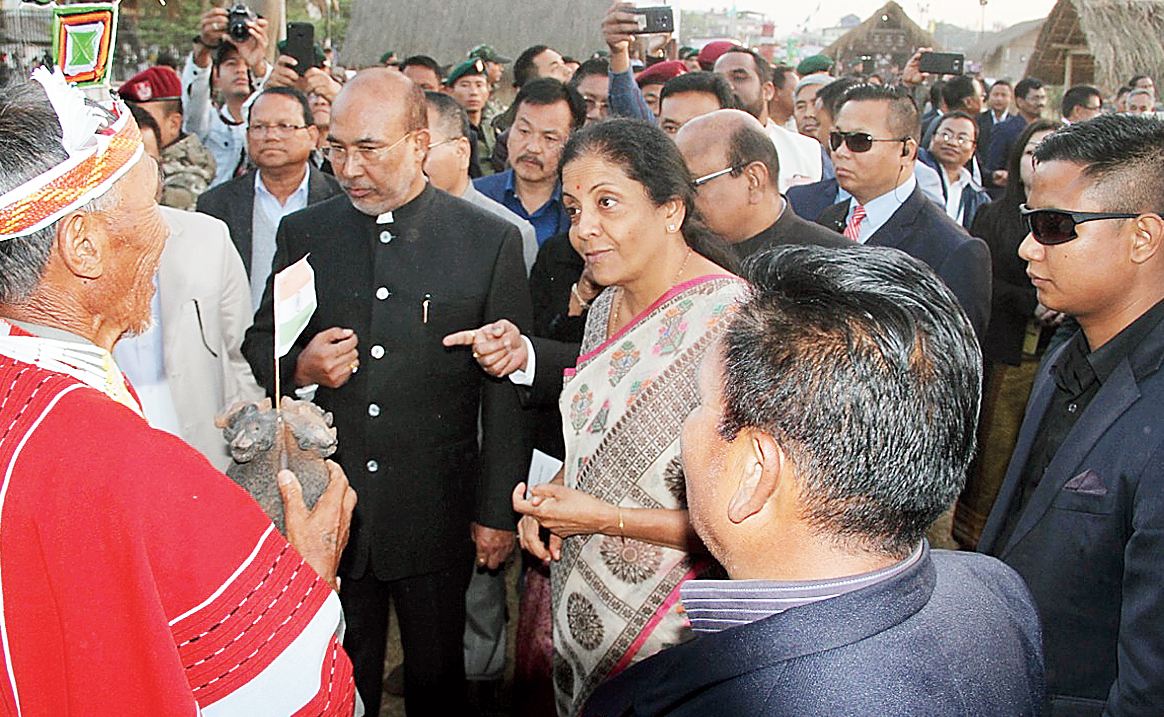 Manipur was termed a gem among states by defence minister Nirmala Sitharaman, who opened the Sangai Festival here on Wednesday.

The state’s tourism festival is celebrated annually from November 21 to 30.

“Manipur is a festival throughout the year. You don’t need a festival just to showcase a gem among states. This beautiful state has everything, along with the unique freshwater lake, Loktak, beautiful reserve forests and wonderful wildlife,” she said.

“All the food here is exotic, the music has links to the days of early civilisation and people preserve the tradition...everything connects with nature,” added Sitharaman.

She said women’s empowerment is a part of the state’s culture, portrayed in the women’s market and the Nupilal monument.

Heptulla said the Sangai Festival is recognised as a national event and has highlighted the state’s cultural flavour.

Biren Singh said, “The festival is an opportunity for us to showcase our tourism potential and cultural richness. This is a platform to build relationships. The festival has become the biggest socio-cultural event for the state, attracting many foreign tourists. This year delegations from Korea, Thailand and Myanmar are participating. On November 27, the princess of Thailand is coming to Manipur to participate in the festival.”

“This year it has become a people’s festival. Several private and public organisations have sponsored above Rs 60 lakh. The festival is now not owned by the government only,” said the chief minister.

Before the formal inauguration, the chief minister flagged off the Sangai Run to mark the official launch at Khuman Lampak sports complex in Imphal East. Altogether 860 runners, including 160 women, participated.

Similar runs were organised simultaneously at Mao in Senapati district and Keibul Lamjao in Bishnupur district.

According to tourism director W. Ibohal, the festival will be managed with Rs 9 crore against last year’s expenditure of Rs 13.1 crore.

Ninety-nine stalls from foreign countries and 112 stalls from India will be set up. Entertainment programmes, indigenous sports and sumo wrestling will be part of the festival. A cherry blossom festival will also be organised. The Sangai Library will be opened during the festival.