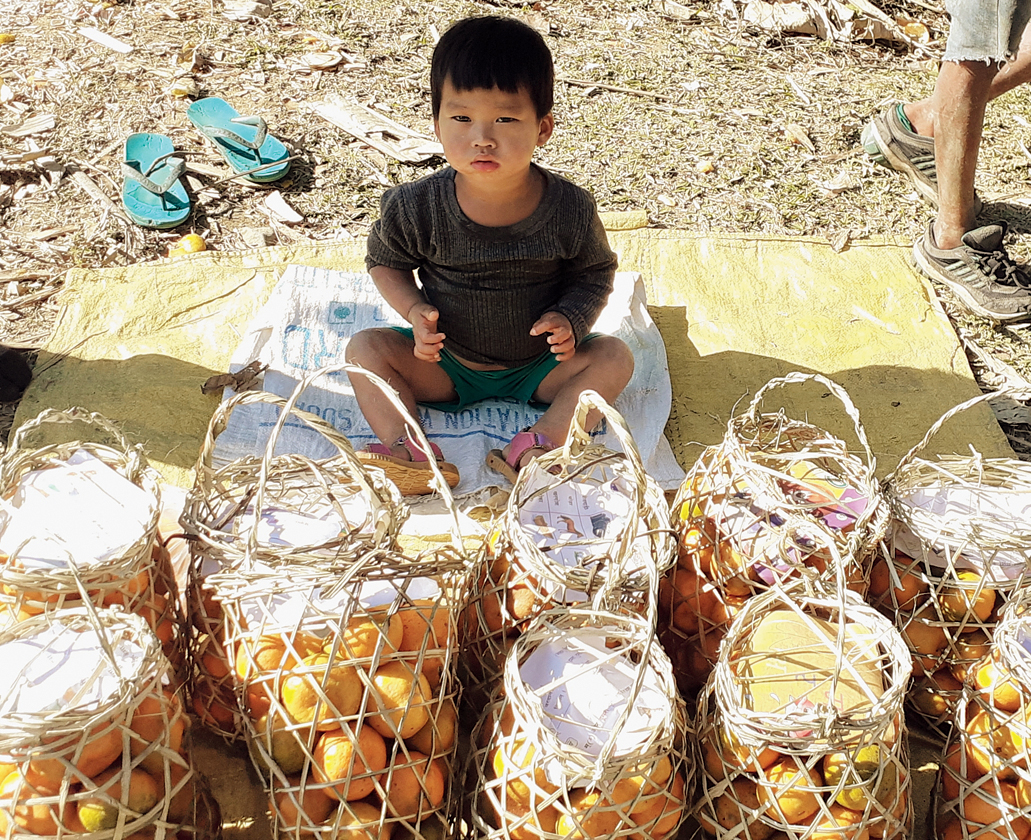 Trade of oranges and local agricultural produce in Wakro circle under Lohit district in eastern Arunachal Pradesh has been affected due to low footfall at Parshuram Kund mela (fair).

Dimang Siyon of Kajong village told this correspondent: “We do not know why the pilgrims are not arriving this year. Villagers in Namsai and Lohit districts wait for the mela as it gives good business and fetches handsome profit which we invest for our children’s education, buy clothes and essential commodities. This year we are told that the tourists footfall is low.”

An orange which costs Rs 6 in Tinsukia is sold at Rs 2 in Wakro. Orange vendors sell the fruits in beautiful bamboo baskets which they gave to customers free of cost.

“I had planned to purchase copies and pens for my study but I am saddened to see the response this time,” Bharat Sayun, a Class VII student of a government school at Wakro, said.

Farmers usually take oranges and other local produce to the Wakro weekly market for sale but this time the transport cost is so high that it would garner any profit. So they are leaving the produce to rot in the fields.

A district administration official said, “The footfall of visitors at Parshuram Kund is low this year because of the ongoing protests against the Citizenship Amendment Act across the region and also in the rest of India.”

The mela is held from January 11 to 20 every year.