On Sunday, Lovlina pulled off a convincing 5-0 win over Uzbekistan’s Maftunakhon Melieva in her 69kg quarterfinal bout being held in Jordan 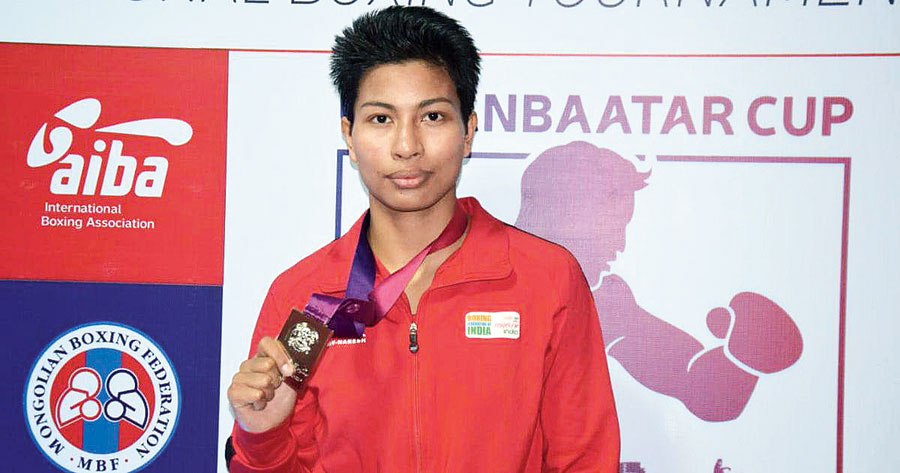 Jubilant at the Olympic qualification of boxer Lovlina Borgohain, Assam Amateur Boxing Association (AABA) is hopeful that with this more boxers from the state will come out and excel at the national and international levels.

On Sunday, Lovlina pulled off a convincing 5-0 win over Uzbekistan’s Maftunakhon Melieva in her 69kg quarterfinal bout being held in Jordan. The lanky pugilist, who hails from Assam’s Golaghat, lost to Hong Gu of China in the semi-final encounter on Tuesday.

With this, Lovlina has become the first woman from Assam to qualify for the Olympics and the second boxer from the state to represent the country in the Olympics after Shiva Thapa.

“We are so happy over the development. The level of commitment and dedication Lovlina has for boxing, we are pretty sure that she will win a medal in the Olympics. Today, it’s a jubilant atmosphere which obviously will encourage more youths to take up the sport and excel,” AABA secretary Hemanta Kumar Kalita said at a news conference.

The Olympic qualifiers were supposed to be held from February 3-14 in Wuhan in China but owing to the outbreak of coronavirus, the event was shifted to Jordan. Now, the Asian/Oceania qualifying event is taking place in Amman from March 3-11.

Kalita also gave credit to the boxer herself for her continuous good run since she first started in 2012. “In spite of the limited facilities, she continued to work hard and stay focused on the game which has resulted in this,” he added.

Before this qualifying tournament, Lovlina was ranked third in the world in the 69kg category by the International Olympic Committee’s Boxing Task Force, making her the top-ranked Indian boxer.

Back home in Golaghat, people erupted in joy amid Holi. Her father, Tiken Borgohain, expressed the hope that she will be able to fulfil the dreams of the people by winning a medal in the Olympics.

“I’m proud of my daughter’s achievement. Since her childhood she is very determined to do whatever she wants to do. So, I believe that she will be able to achieve the goal of winning a medal at the Olympics,” he said.