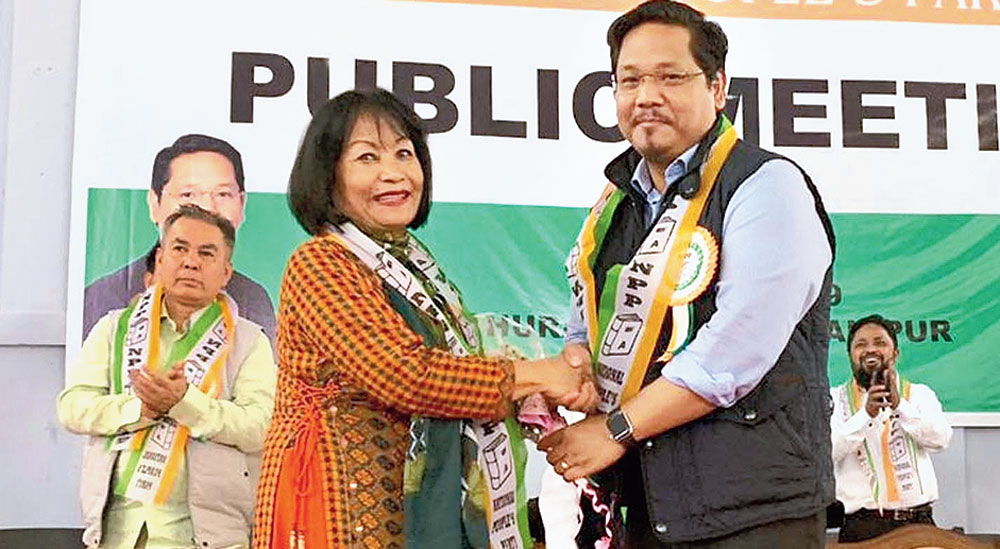 Conrad was in Churachandpur district of Manipur on Friday to campaign for Thangminlien Kipgen, the NPP candidate for Outer Manipur parliamentary constituency. Addressing the election rally, he appealed to the people of the Northeast to come together to bring a change in the region.

The NPP has not fielded any candidate for Inner Manipur constituency.

Conrad said the region has only 25 Lok Sabha seats — Mizoram, Nagaland and Sikkim one each, Manipur, Meghalaya, Arunachal Pradesh and Tripura two each and Assam 14.

“States like Uttar Pradesh and Bihar have a huge number of seats. Doors are opened to them (big states) in Delhi. The NPP wants to bring together the 25 seats to go to Delhi and raise voice on different issues and policies. Today the entire Northeast is realising that we must come together and voice our issues together,” he said.

“The NPP came into being from Manipur. It is the fastest growing party not only in the region but in the entire country because of the vision and ideology of NPP set by P.A. Sangma,” he said.Conrad appealed to the people to support Thangminlien so that he can work not only for Manipur but the entire Northeast.

It was at the rally that Conrad welcomed Gangte, a former MP from Outer Manipur and BJP spokesperson, who quit the party after being denied a ticket.