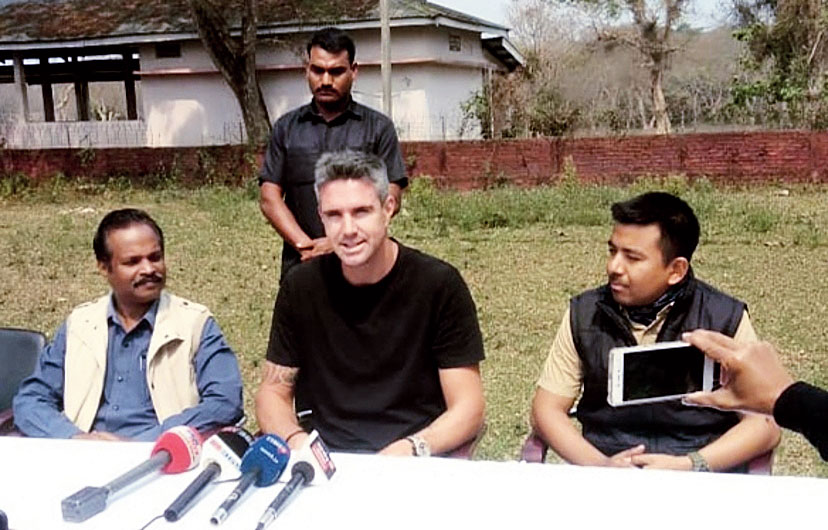 Speaking to reporters at the forest inspection bungalow at Bagori range of Kaziranga National Park, the former cricketer-turned-conservationist of South African descent said there were big problems in wildlife protection in the African nation, where a rhino is killed every eight hours, while in Assam, everybody appeared keen to save the animal.

“The conservation efforts being carried out in Kaziranga are so successful that the effort can be an example for the rest of the world,” Pietersen said.

“With a smile, all people here are dedicated to save the rhino, for which it has become the iconic symbol of Assam,” he added.

Pietersen has been busy working on his documentary on rhino conservation at the park since March 4.

He later tweeted: “India is going to be so proud of the beauty we show off in their state of Assam. This is one stunning learning experience...”

He said the documentary will come out in July. “Don’t worry, you won’t miss it! We’ll be doing a big promotion. The story deserves it,” he tweeted.

Local coordinator for Pietersen’s visit to Kaziranga, Manash Das, said the former cricketer had completed shooting the documentary and he would leave on Thursday morning.