Homage to R.D. Burman with statue at Dhubri

The statue was sponsored by the R.D. Burman Fan Club here, which was formed in 2016 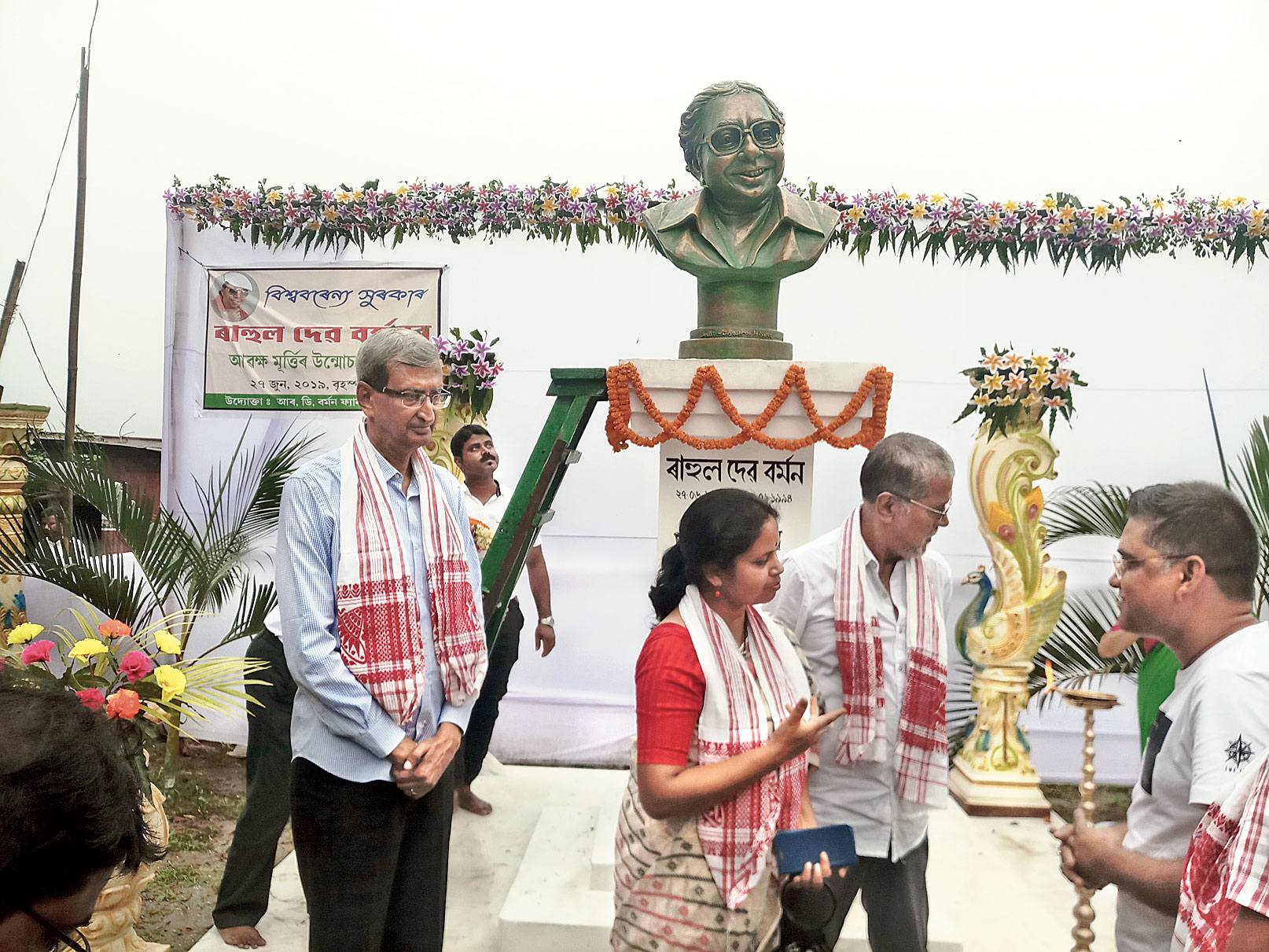 Fans of singer-musician R.D. Burman on Thursday unveiled a bronze statue of the legend on the Brahmaputra riverbank at the historical Netai Dhubuni Ghat park in Dhubri town.

The statue was sponsored by the RD Burman Fan Club here, which was formed in 2016.

Noted artistes of Assam, J.P. Das and Pulak Banerjee, in the presence of the members of the club, unveiled the statue, reportedly worth about Rs 75,000, constructed by Joyshree Biswas of Bengal.

Das said, “It is really a proud moment for me to be present here and unveil the statue of Panchamda in Dhubri, a historical town of Assam.” He extended thanks to the RD Burman Fan Club of Dhubri who took the initiative and got the statue installed.

Rahul Dev Burman, popularly known as Panchamda was born on June 27, 1939, at a house in Calcutta.

Panchamda joined his father S.D. Barman as an assistant and as a harmonica player. He played the harmonica in several songs in films like Dosti, Solva Saal and Aradhana. His debuted as a music composer with the film Chhote Nawab in 1961. Besides Hindi, he has composed songs in Bengali, Tamil, Telegu and Malayam films too.

His iconic compositions, including Mehbooba (Sholay), Pyaar Karnewaale (Shaan) and Ek Ladki Ko Dekha (1942: A Love Story) are appreciated by listeners even today.

Such was his talent that people claim the tune of the song Sar Jo Tera Chakraaye, was also composed by Panchamda.

His father liked it so much that he included it in the soundtrack of Guru Dutt’s Pyaasa (1957).