In Hailakandi, 1,590 persons are under home quarantine with eight more quarantined on Thursday 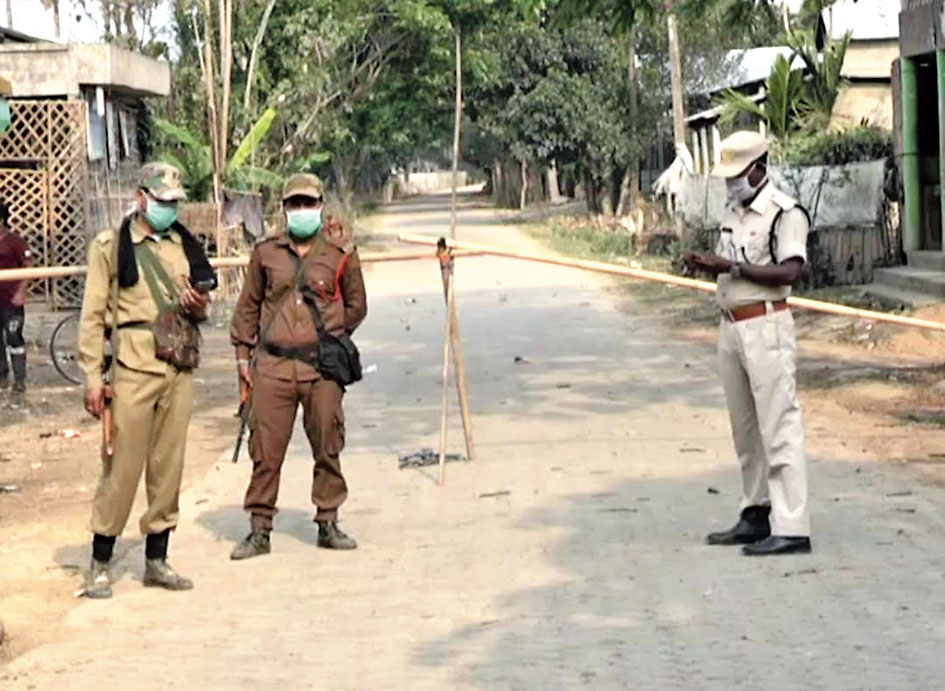 The district’s first and Assam’s 28th Covid patient was shifted to the intensive care unit of Silchar Medical College and Hospital (SMCH) as his condition turned critical on Thursday.

Health minister Himanta Biswa Sarma tweeted: “The condition of the 28th case (from Hailakandi) of COVID-19 from Assam is alarming, though his other parameters are stable. His oxygen saturation is decreasing. Shifting to ICU of SMCH for better monitoring”.

The 65-year-old, a retired grade IV employee of Lakshirbond Senior Madrasa, who had travelled to Saudi Arabia for Haj, had returned to Hailakandi on March 18 via Mumbai and Delhi, where he attended the religious congregation at Nizamuddin. From New Delhi, he had taken a train to Badarpur. He has since been in home isolation. His swab sample was sent to SMCH on April 5 and on being tested positive, he was shifted to SMCH late on Tuesday night.

A team of the integrated disease surveillance project (IDSP) has shifted five members of his family to a quarantine centre here. Their swab samples have been sent to SMCH and the results are awaited.

In Hailakandi, 1,590 persons are under home quarantine with eight more quarantined on Thursday.

A woman working in a gas agency, Sucharita Nath, was arrested on Thursday for posting an inflammatory post on Facebook.

A case (167/2020) was registered against her by Lala police station. She was interrogated and released on a personal bond and asked to appear again after a week.

Dima Hasao quarantine: Six people from Dima Hasao, who had travelled on a train with the Hailakandi patient, were sent to a quarantine facility in Haflong by the district administration on Thursday, joint director of health and family welfare Dipali Barman said.

Of the six, five are reported to be residents of Haflong and one of Mahur, 28km from here. Other passengers of the train have been asked to quarantine themselves at home for 28 days. Barman said all the six, belonging to the 20-30 age group, were asymptomatic. “However, it is advisable to take all precautions. People should religiously follow all the norms laid down by the administration,” she said.

Deputy commissioner Amitabh Rajkhowa said they have been placed in quarantine as per Covid-19 protocol.