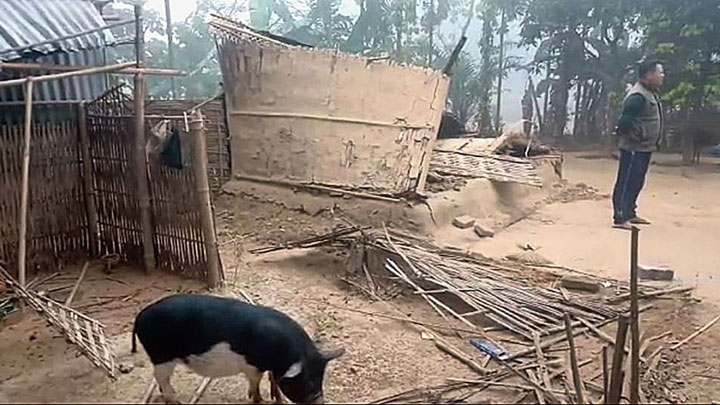 Assam’s Goalpara district recorded the highest number of man-elephant conflict in 2019, an NGO has said.

According to the AID-R, an NGO studying conflict cases, 21 people died in 12 months, including two in the last week of December. Five elephants also died during the same period.

The worst instance of the conflict was on October 29 when a male elephant trampled five persons to death in Matia under Rangjuli range forest. Later, it died in Orang National Park following a heart attack when it was tranquillised and translocated by the forest department from Goalpara.

The death sparked a controversy as the tranquillisation involved Padma Hazarika, a legislator with elephant handling experience but not from the forest department.

“The main reasons of the conflict remain encroachment of the forest and scarcity of food in the jungle as forest areas. Usually elephants avoid human contact. The five persons died in Goalpara because either the elephant was in musth or the men had used the elephant corridor and came face to face with the herd,” said Syed Robiul Hoque, an office-bearer of the NGO.

The Goalpara district administration planted approximately 15 lakh saplings during 2018-2019. This has increased the forest cover in the district from 19.9 to 26 per cent.