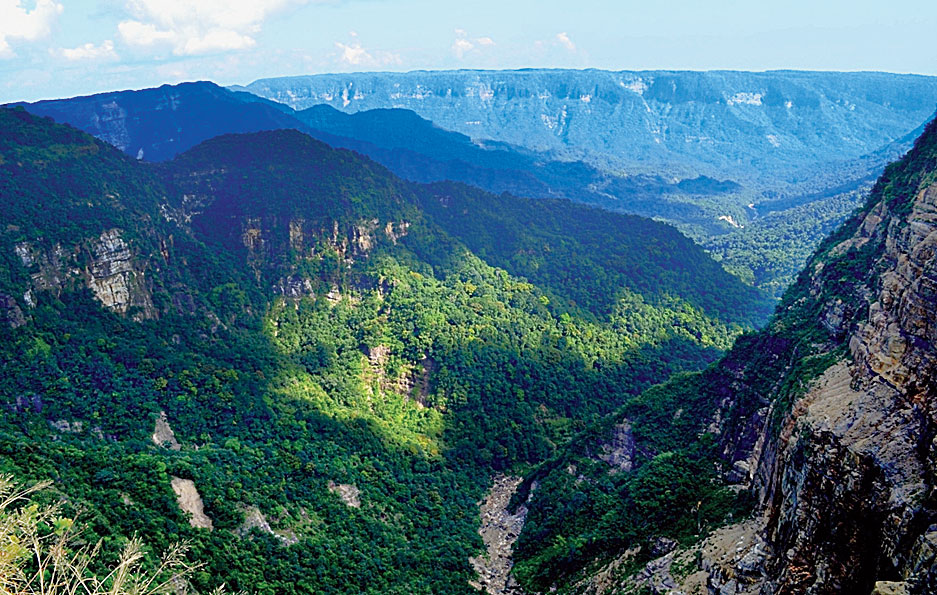 The Centre has nominated the Garo Hills Conservation Area (GHCA), straddling South and West Garo Hills district in Meghalaya, for a World Heritage Site for the first time.

The nomination has been made in the mixed-site category this year and kept in the tentative list. This list is an inventory of properties which each state intends to consider for nomination.

A mixed site comprises elements of both natural and cultural significance. At present, there are two World Heritage Sites in the Northeast — Kaziranga and Manas National Parks. Garo hills has Goalpara district of Assam to the north, shares an international boundary with Bangladesh to the south, Khasi hills, Meghalaya and Kamrup, Assam to the east, and Goalpara district, Assam and Bangladesh to the west.

The total core area of the proposed nomination is 337.48 square km. The nomination said the property has unique features that make it fit for inscription for its outstanding universal value. At a national level, the property can be compared with the Western Ghats sub-clusters, also a biodiversity hotspot. The Western Ghats are not protected by contiguous protected area network and have many private properties in between, resulting in broken connectivity among the sub-clusters. The core area (335.5 square km) of the nominated area receives its protection through its network of protected areas.

The nominated property may also be compared with India’s only mixed heritage site, Khangchendzonga National Park, in terms of both natural values and its cultural and spiritual significance for the local communities.

Fifty-two species of mammals have been recorded at the conservation area so far from Balpakram landscape, of which 21 are carnivores.

The germplasm of Citrus indica is conserved in-situ at the National Citrus Gene Sanctuary at Nokrek biosphere reserve. The area is noted for other wild varieties of citrus fruits as well that provide a gene pool for commercially produced citrus.

The property is rich in endemic medicinal plant species, with 14 and six species recorded from Nokrek and Balpakram respectively. The cave systems in the property are crucibles of ongoing biological evolution, with species having been isolated for long periods.

Garo hills conservator of forests P.R. Marak, said the area still has pristine vegetation, with rich biodiversity unique to the area. “Nokrek and Balpakram national parks have a unique landscape and geological formation and are associated with lore, custom and belief of the Garos and hence the proposal for World Heritage Site under the mixed category,” he told The Telegraph.