According to Pratap Bhanu Mehta, identity of the nation is being defined in Hindu terms 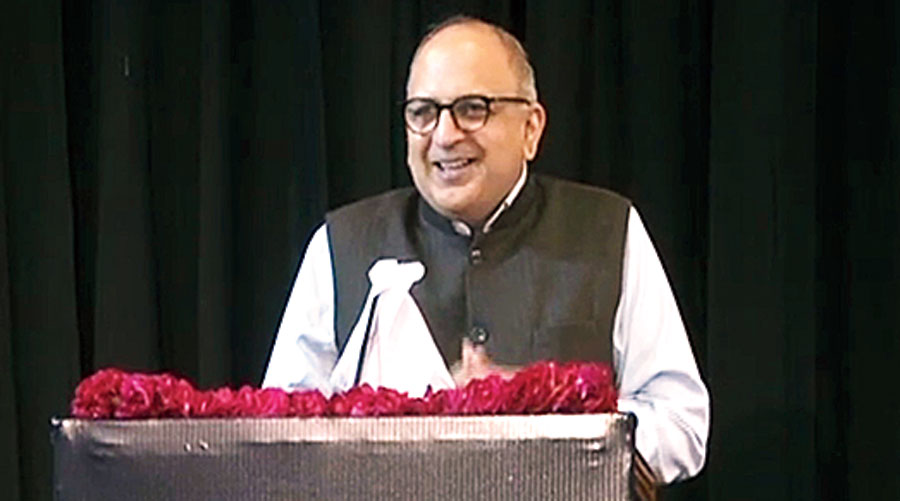 Former vice-chancellor of Ashoka University Pratap Bhanu Mehta on Saturday said that the Constitution at present seems “so powerless — like words on paper”.

Delivering the 17th Dr Amitabh Chowdhury Annual Memorial Lecture on “India’s Second Republic: The Collapse of Liberal Constitutionalism”, Mehta said: “... If we meet 10 years from now or 15 years from now and we say what kind of a Constitution India has, we will not be saying that India has a liberal democracy; we will be saying that India is an authoritarian ethnocracy.”

Dwelling on topics from the judiciary to the political system to “love jihad” which have been in the limelight recently, Mehta said in his televised address that “constitutional developments around us signal a near collapse of the Constitution”.

He urged citizens “to renew that constitutional faith almost as a second freedom struggle and this will mean public articulation, the creation of new solidarities, occasionally even public protests”.

Mehta referred to the 10 markers of growing authoritarianism in India, including “dissent is treason”, “control of the information order”, “ruling dispensations everywhere”, “empowering vigilantes to either take the law into their own hands or to, in some senses, perform the function of law” and “making citizens more transparent to the State but making the State more opaque to the individuals”.

Quoting American civil rights activist Frederick Douglass, Mehta said: “Power concedes nothing without a demand. It never did and it never will.”

“And at this moment when our Constitution seems so powerless — it seems like words on paper — we will have to demand more of ourselves and more of each other.”

Referring to the beauty of the Constitution, he said it gave India a new identity. “Unlike the preambles to many constitutions that will begin with a reference to God, that will begin with reference to a particular historical identity, burdening you with the weight of the past, our Constitution was meant to set us free. This is not because God is not important or may not be important for people... but the Constitution’s beauty was to say — new India is free to imagine God, history and identity in whichever way it chooses... the references in the Preamble are all to the dignity of the individual.”

According to Mehta, the identity of the nation is being defined in Hindu terms while former Prime Minister Jawaharlal Nehru remembered and defined India as a palimpsest on which every civilization has written its history.

Referring to the recent ordinance on “love jihad” promulgated by the Uttar Pradesh government, Mehta said: “We have a new law in the state of Uttar Pradesh — without embarrassment we called it the ‘love jihad’ law. This law is a double travesty on our Constitution. It denies in some significant sense the freedom of religion. It says to every ordinary citizen that even an act of love has to be authorised and stamped by a State through its communal prism. I hope the Supreme Court strikes it down....”

Referring to the role of the judiciary, Mehta said: “There are still judges, there are still high courts passing extraordinarily brave orders, extraordinary constitutionally correct orders… yet it has to be said even at the risk of sounding somewhat graceless, that if you look at the overall framework that the Supreme Court has provided over the last few years — it’s becoming increasingly clear that the application of constitutional law, that’s what I am talking about in particular, has become dependent on the arbitrary whims of the individual judges so much so that constitutional terms no longer have any meaning... In practice it means very weak protection of civil liberties, an unusual degree of deference to State power especially in constitutional matters… of late the Court has also become excessively concerned with its own leash majesty, like a sacred monarch it cannot be seriously criticised or mocked.”

The lecture was televised this year in view of the pandemic. The lecture is organised every year in memory of Chowdhury, who was a leading cardiothoracic and vascular surgeon, under the aegis of the Dr Amitabh Chowdhury Memorial Trust, Guwahati.