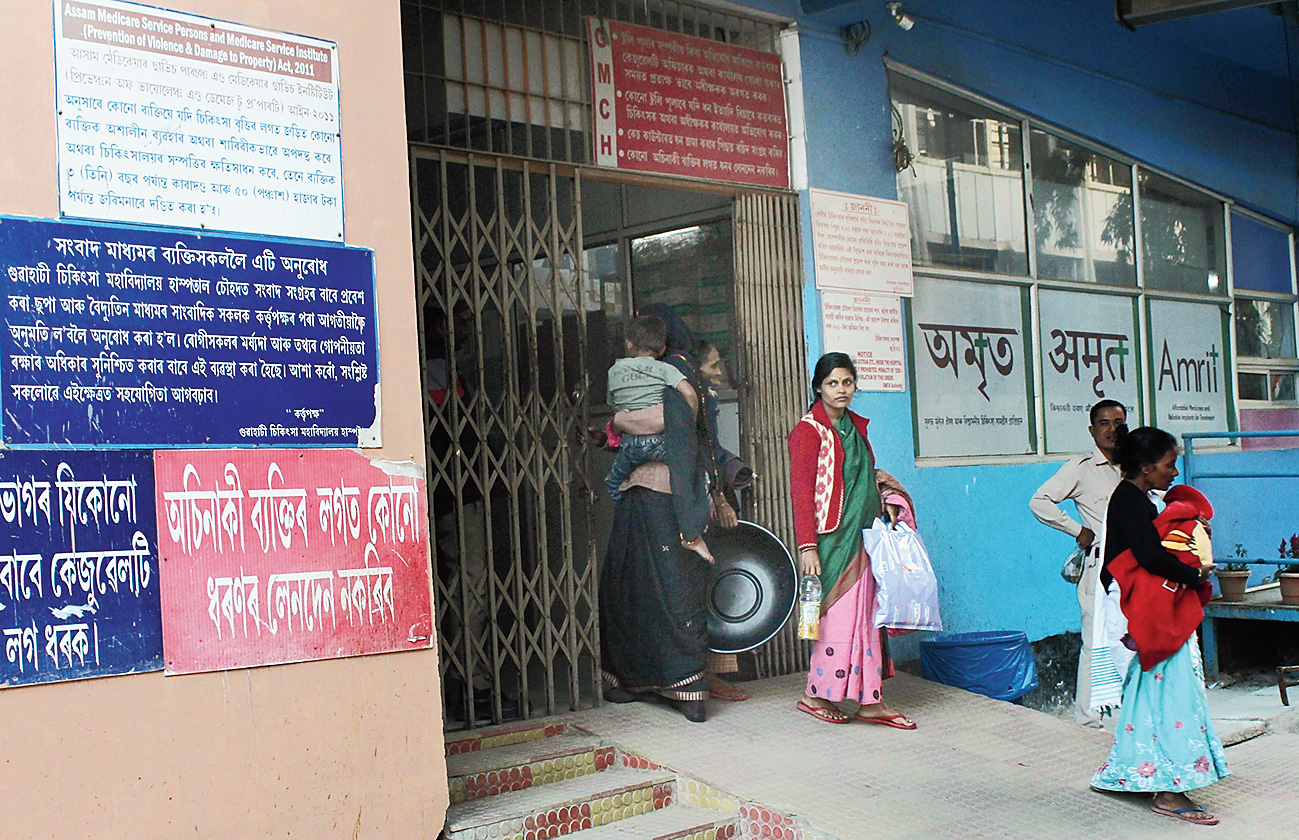 The Gauhati Medical College and Hospital (GMCH) authorities on Saturday filed an FIR for a thorough investigation into what led to the fire in its neonatal intensive care unit.

GMCH superintendent Ramen Talukdar assured patients and their attendants that they would take care that such incidents never occur again.

“I filed an FIR today for investigation into the whole matter. The police will investigate and submit its report next week. The machine, which caught fire on Friday, did not have any defect. There was no defect in other machines as well. But a proper investigation is required for the satisfaction of the public. We carried out thorough inspection of all machines again today,” he said.

On Friday, a fire broke out in the special neo-natal care unit on the third floor of the hospital because of a short-circuit in a machine called C-pad. There were 24 newborn babies in the special unit and 68 children in NICU. There was no casualty.

The babies and mothers were shifted to the neonatal unit on Saturday following the all-clear given by the authorities after inspection of all equipment.

A parent said, “The mother and the babies are in the unit along with the doctors and nurses. They have assured us that there is no need to panic.”

“We urge the public to cooperate with us and not crowd around because the babies and their mothers will be affected. It is very tough for everyone to perform their duty in that situation,” Talukdar said.