Nearly 36 villages in this Upper Assam district have been submerged after release of water from the Doyang hydro-electric project in Nagaland's Wokha district. 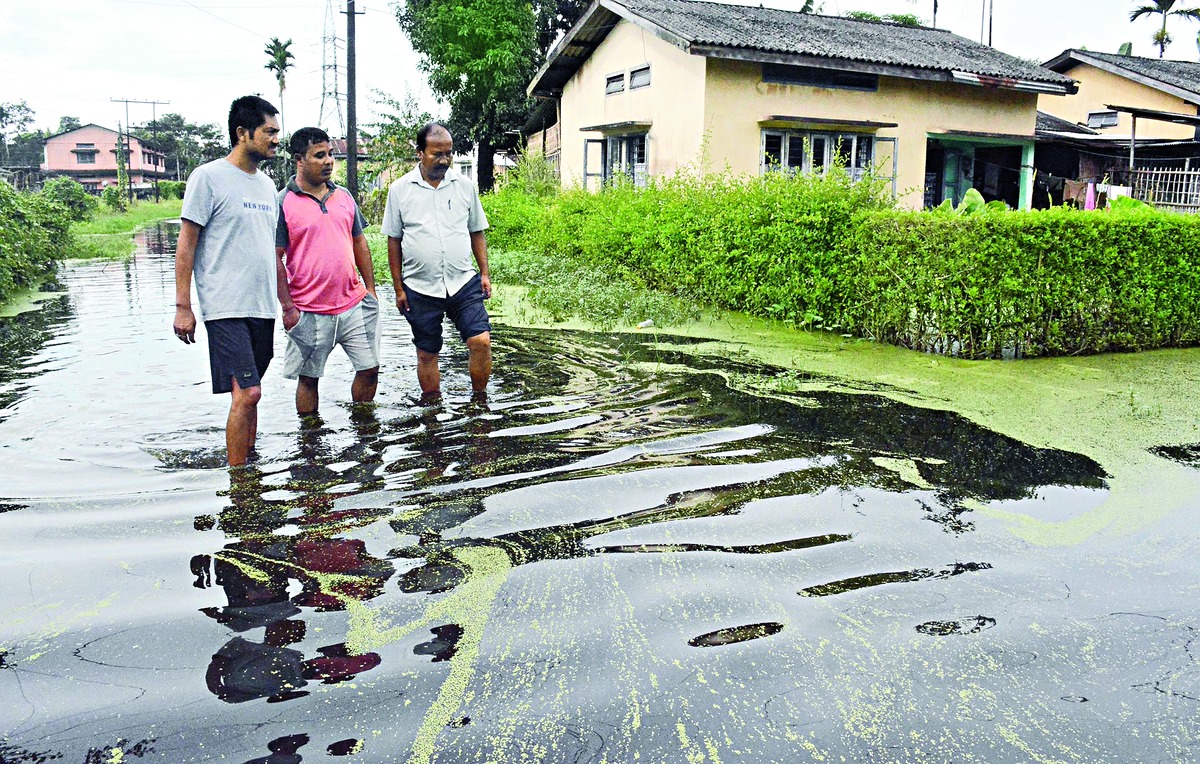 Golaghat: Nearly 36 villages in this Upper Assam district have been submerged after release of water from the Doyang hydro-electric project in Nagaland's Wokha district.

The sluice gates were opened on Friday to discharge excess water after incessant rain over the past couple of days in Wokha.

"Villages in Sarupathar, Golaghat, Merapani, Morangi and Khumtai have been inundated by floodwaters, affecting 5,575 people and damaging 887.9 hectares of cropland. We have set up seven relief camps where 1,161 inmates are lodged. An NDRF and four SDRF battalions have been deployed for rescue operations," said Rony Rajkumar, project officer of the Golaghat district disaster management authority.

"The dam authorities said once the water level in the Doyang reservoir goes below 324 metres, they will shut the gates. They also refuted all rumours about the vulnerability of the dam," Rajkumar said.

"The North Eastern Electric Power Corporation Limited (Neepco) said continuous rain in the catchment areas had led to the rise in the water level of the Doyang reservoir. All the sluice gates had to be opened as the inflow of water in the Doyang reservoir was very high. They also said the water released was the excess inflow into the reservoir," said Nina Barua, Golaghat district information and public relations officer.

The All Assam Students' Union (AASU) on Tuesday threatened to launch a mass agitation against Neepco if it did not provide compensation to the flood-affected people of Golaghat. The union members demanded Neepco to arrange medical treatment, food items and animal feed for the affected areas at the earliest.

The North Eastern Council (NEC)-sponsored Doyang hydro-electric project utilises discharge from the Doyang, a sub-tributary of the Brahmaputra. The project, with an installed capacity of 75MW, was commissioned in 2000.

The daily flood bulletin issued by Assam State Disaster Management Authority said 47,828 people in 147 villages had been affected by floods in Dhemaji, Golaghat and Sivasagar districts in Upper Assam.

It said 1,326 people have taken shelter in 46 relief camps in the three districts.

The Brahmaputra in Neematighat (Jorhat), Dikhow in Sivasagar, Dhansiri in Numaligarh (Golaghat) and Jia Bharali in Sonitpur districts are flowing above the danger level, the bulletin said.

A total of 36 people have died in floods and landslides this year.

Additional reporting by A Staff Reporter in Guwahati