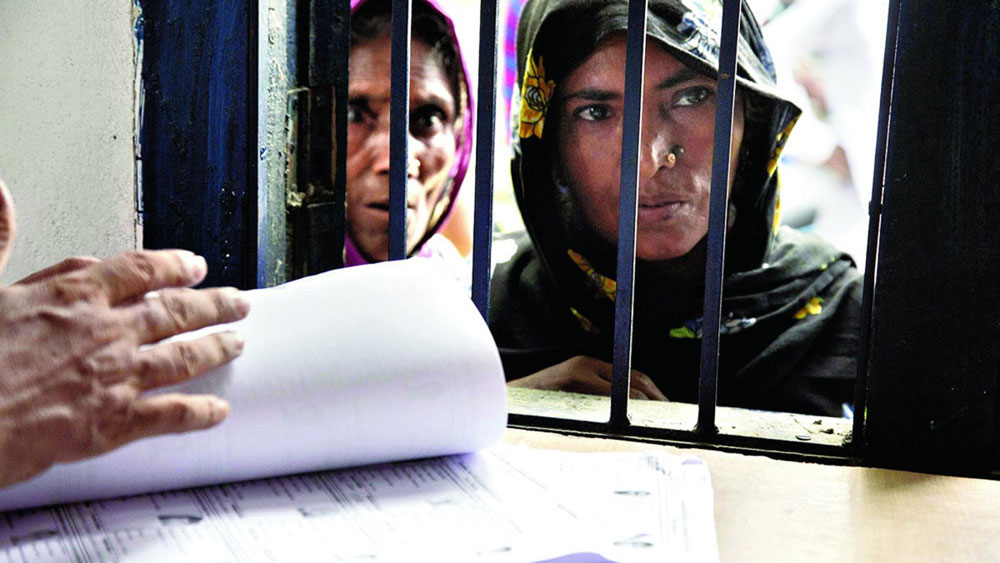 Women at an NRC seva kendra in Mayong, 55km from Guwahati, verify whether their names have been included in the National Register of Citizens
AP Photo
Rajiv Konwar   |   Guwahati   |   Published 11.06.19, 07:02 PM

The Assam government has formally started the process of appointing 221 members for foreigners tribunals ahead of the publication of the final National Register of Citizens.

Besides, retired judicial officers of Assam judicial service and advocates not below the age of 35 years with at least seven years of practice will be eligible for the post.

At present, 100 foreigners tribunals are functioning in the state. The Supreme Court had approved setting up of the new tribunals last month, setting September 1, 2019 deadline to make them operational.

The apex court, which is monitoring the NRC update process, had set July 31, 2019 deadline to publish the final NRC. Its draft, published last year, did not have names of 40.07 lakh of the 3.29 crore applicants. Most of them have applied for inclusion of their names in the final NRC. However, it will be clear only on July 31 whether they will heave a sigh of relief or have to fight a legal battle in the foreigners tribunals, challenging their exclusion.

The state government, apprehending a flood of applications in foreigners tribunals after publication of the final NRC, had submitted its wish to the Supreme Court to set up 1,000 more tribunals. The Union home ministry had earlier sanctioned setting up of 1,000 tribunals.

However, the apex court pointed out that it would be difficult to find such a large number of judicial officers overnight, prompting the state government to suggest setting up of 200 tribunals immediately in the first phase. The court approved the suggestion.

The state government on May 24 decided to write to Gauhati High Court to initiate the recruitment process so that the new tribunals can function from September 1.

“The government will hold a two-day orientation programme for the newly appointed members before they join duty. The new foreigners tribunals are expected to ease the burden of the existing tribunals to a great extent,” a government official here said.

In 2014, the state government had set up 64 foreigners tribunals at one go.

Woman dies: A 55-year-old woman died on the way to an NRC hearing centre in Barpeta on Monday. Her family members, who were accompanying her, alleged mental pressure as the cause of death. Ajiron Nessa, a resident of of Nisanorchar (sand bar), who had attended an NRC hearing earlier, had again been asked by the NRC authority to attend a hearing on Monday to prove her citizenship. After receiving the second notice, she was under acute mental pressure, her family members alleged.