No decision taken to implement it in state 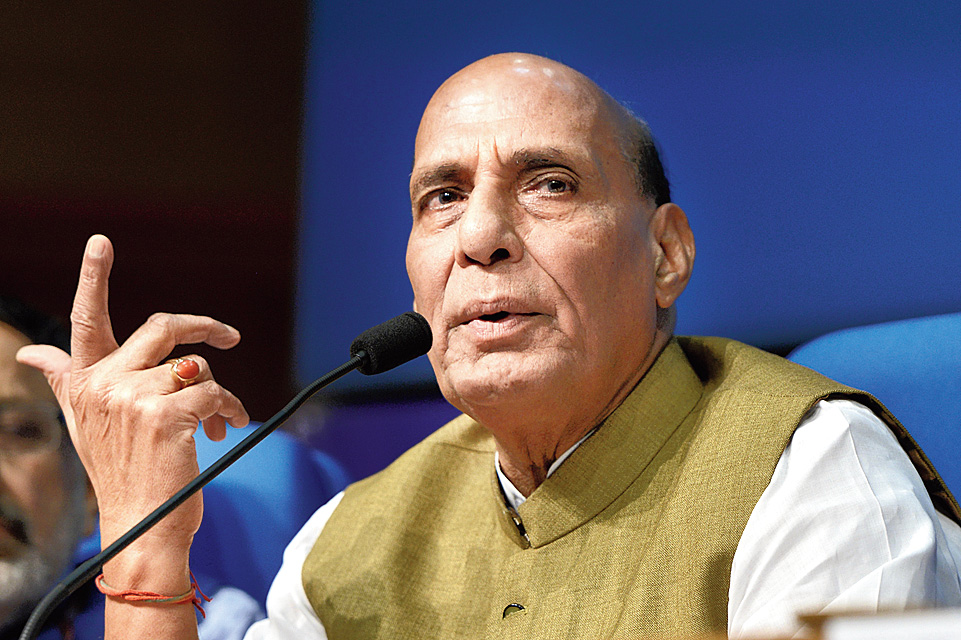 The ministry of home affairs has clarified in a statement on Friday that no decision has been taken to implement the National Register of Citizens (NRC) in Tripura, which shares a 856km border with Bangladesh.

The statement came in response to the claims by the Indigenous Nationalist Party of Twipra (INPT), a regional party, that Union home minister Rajnath Singh had assured that the NRC would be implemented in Tripura after Assam.

“Tripura does not have an NRC,” said principal secretary, home, Kumar Alok.

If the NRC is implemented in Tripura, it will be the first ever initiative. It is being updated in Assam for the first time since 1951 under the Supreme Court’s supervision to weed out foreigners illegally staying in the state.

The first draft list was published in December 2017. Around 40 lakh people were excluded from the final draft, which was published on July 30. “No assurance of any kind was given by the Union home minister regarding implementation of NRC in the state of Tripura. It is categorically asserted that no decision has been taken on the issue,” the ministry said in a statement issued by the Press Information Bureau.

An INPT delegation, led by its president and rebel-turned-politician Bijoy Kumar Hrangkhawl, met Singh on October 4, seeking revision of the NRC in Tripura.

INPT general secretary Jagadish Debbarma on Saturday said they had been invited by the Union minister to talk about the issue.

“Singh told us that initiatives will be taken soon to implement the NRC in Tripura,” Debbarma said.

The INPT is an indigenous regional party that seeks more power for the Tripura Tribal Areas Autonomous District Council, direct funding from the Centre and development of the state’s indigenous communities. The party has been vocal over implementation of the NRC in the state and has spoken against the proposed Citizenship (Amendment) Bill, 2016. The INPT met Registrar-General of India Sailesh in New Delhi in August and submitted a memorandum, seeking launch of the register in Tripura with 1951 as the base year. Along with the INPT, Tripura’s ruling alliance, Indigenous People’s Front of Tripura (IPFT), also demanded that the NRC be implemented. Both the parties have claimed that the indigenous people of the state are being marginalised owing to illegal migration. They sought all foreign nationals to be identified and deported immediately.

However, the issue has been opposed by the ruling BJP in Tripura. Chief minister Biplab Kumar Deb had said there was no major demand to implement the NRC in Tripura. The Opposition CPM has not yet demanded the updating of NRC in the state.