CM Conrad K. Sangma has admitted that the government was aware of continued illegal coal mining 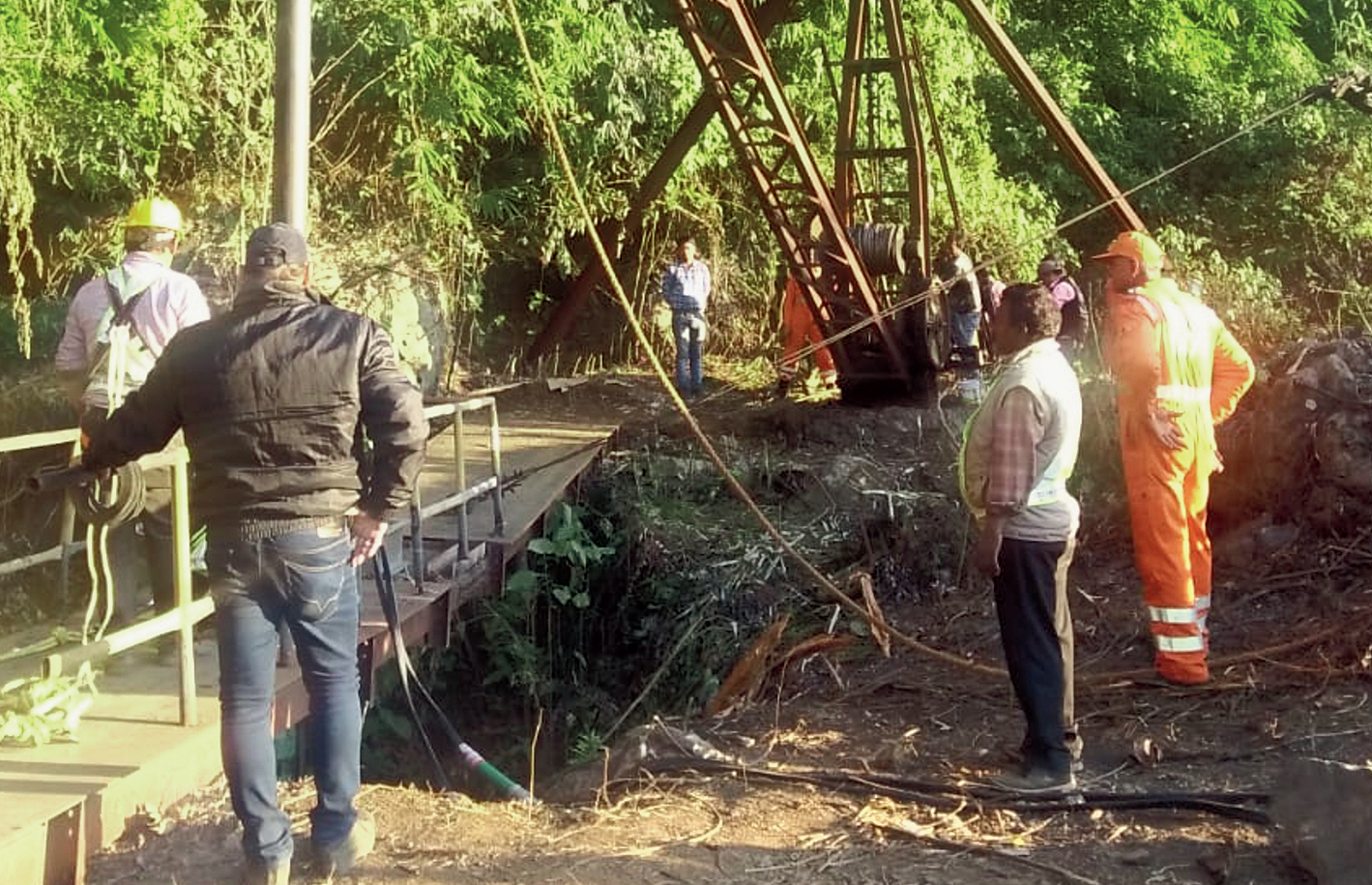 Search operation under way at Ksan in Jaintia Hills district on Sunday
The Telegraph picture
Our Correspondent   |   Shillong   |   Published 06.01.19, 07:29 PM

A report from Meghalaya’s East Jaintia Hills district administration last month admitted that “fresh” coal-mining activities were on in a “clandestine” manner, while other districts claimed that there was no rat-hole mining ever since the National Green Tribunal (NGT) imposed a ban in 2014.

East Jaintia Hills has been in the limelight since December 13 when 15 miners were trapped inside a coal mine at Ksan under Saipung police station. But till date, there has been no word on the miners by the administration although search and rescue operations are still continuing.

In the meetings of a committee constituted by the NGT, it was recorded that the East Jaintia Hills deputy commissioner, in his report dated December 3, 2018, had admitted that fresh coal-mining activities are going on in a clandestine manner in the district and fresh coal dumps are also available in some areas.

“The deputy commissioner, therefore, admitted that mining activities are on and extraction of coal from the mines in his district even after the ban, imposed by the NGT in April 2014,” an excerpt from the report of the committee’s meeting held last month noted.

The committee is headed by former judge of Gauhati High Court Justice B.P. Katoki with representatives from the Central Pollution Control Board (CPCB) and Indian School of Mines, Dhanbad.

On Friday, the NGT asked the Meghalaya government to “deposit” Rs 100 crore with the CPCB after the committee opined that illegal coal mining was on despite the ban.

It was also stated that in 11 districts of Meghalaya, 2,712 coal-laden trucks were seized since the ban was imposed, while 1,139 cases were registered.

In East Jaintia Hills, 98 cases of coal extraction after the ban was imposed were registered. These are inclusive of the total number of cases.

“It is, therefore, evident that despite the ban imposed by the Honourable National Green Tribunal, transportation of illegally mined coal is going on and a large number of cases have been detected and registered,” the committee has noted.

After taking over as chief minister earlier last year, Conrad K. Sangma had been denying the allegation that illegal coal extraction was taking place in the state. But after the December 13 accident, the chief minister admitted that the government was aware of continued illegal coal mining.

“We are aware that illegal mining activities were on. Appropriate action will be taken against those who are involved in it. This is not acceptable to us,” Conrad had said a day after the incident was reported.