CPI(M) calls for restoration of democracy' in BJP-ruled Tripura

Movement against anti-people government has to be intensified, says Manik Sarkar 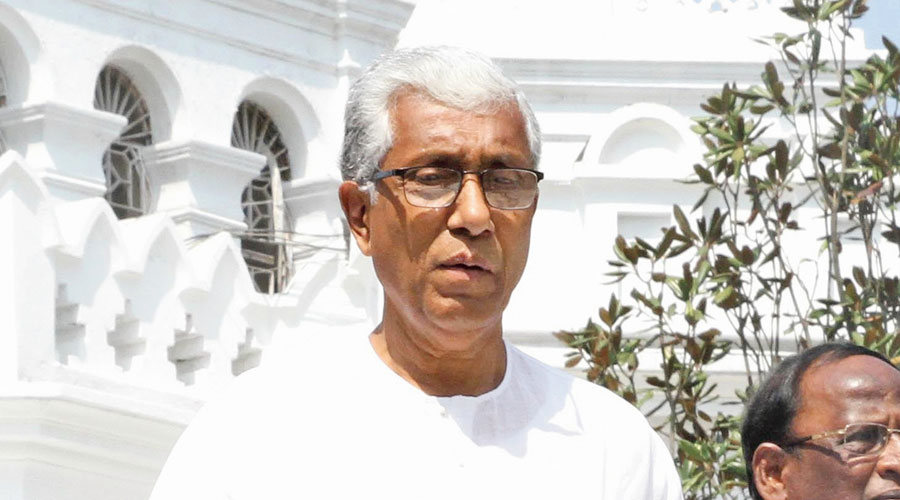 Labelling the BJP-IPFT government in Tripura as anti-people , Leader of Opposition Manik Sarkar of the CPI(M) on Saturday called for restoration of democracy in the north-eastern state.

Under the Biplab Kumar Deb government, a suffocating situation has been created where the democratic rights of people have been curtailed, the former chief minister said while addressing a rally.

"Upholding democratic rights is important for a democracy. In Tripura, democratic values and rights are being trampled leaving the people in distress. Not only the Scheduled Caste (SC) population, all sections of society be it dalit or minority are facing the brunt of anti-people policies," the veteran Communist leader said.

The rally was organised to present a charge sheet against the BJP-IPFT government on the 16-point charter of demands by Tripura Tapashilijati Sammanoy Samity (TTSS), a frontal wing of the CPI(M).

Urging the people to restore democracy in the state, Sarkar said the movement against the anti-people government has to be intensified.

Those who confine themselves to homes must come forward to join the movement for restoration of democracy. No alternative way is left. Those persons become winners who join the massive movement for the cause of people, he said.

Sarkar also took a dig at the ruling dispensation's much-hyped decision of providing 33 per cent reservation to women.

What is the meaning of providing 33 per cent reservation to women when there is no job in the government sector? The BJP had promised 50,000 jobs for each year! Where is the fulfilment! , he said.

The CPI(M) politburo member claimed that the good and welfare works of the Left Front government have been razed to the ground and people are facing a tough time in the new regime.

CPI(M) state secretary Jitendra Chowdhury also came down heavily on the BJP-IPFT government for befooling people with false promises in the vision document.

The Biplab Kumar Deb government has taken away the rights of lakh of unemployed youths. Not a single promise of the vision document has been fulfilled by the present government , he claimed.

The democracy, the Constitution, and the state's tradition have collapsed in the BJP rule, and the voting rights of citizens have also been snatched away, Chowdhury alleged.

The BJP-IPFT alliance came to power in the north-eastern state in 2018 by ending 25 years of CPI(M)-led Left Front rule.