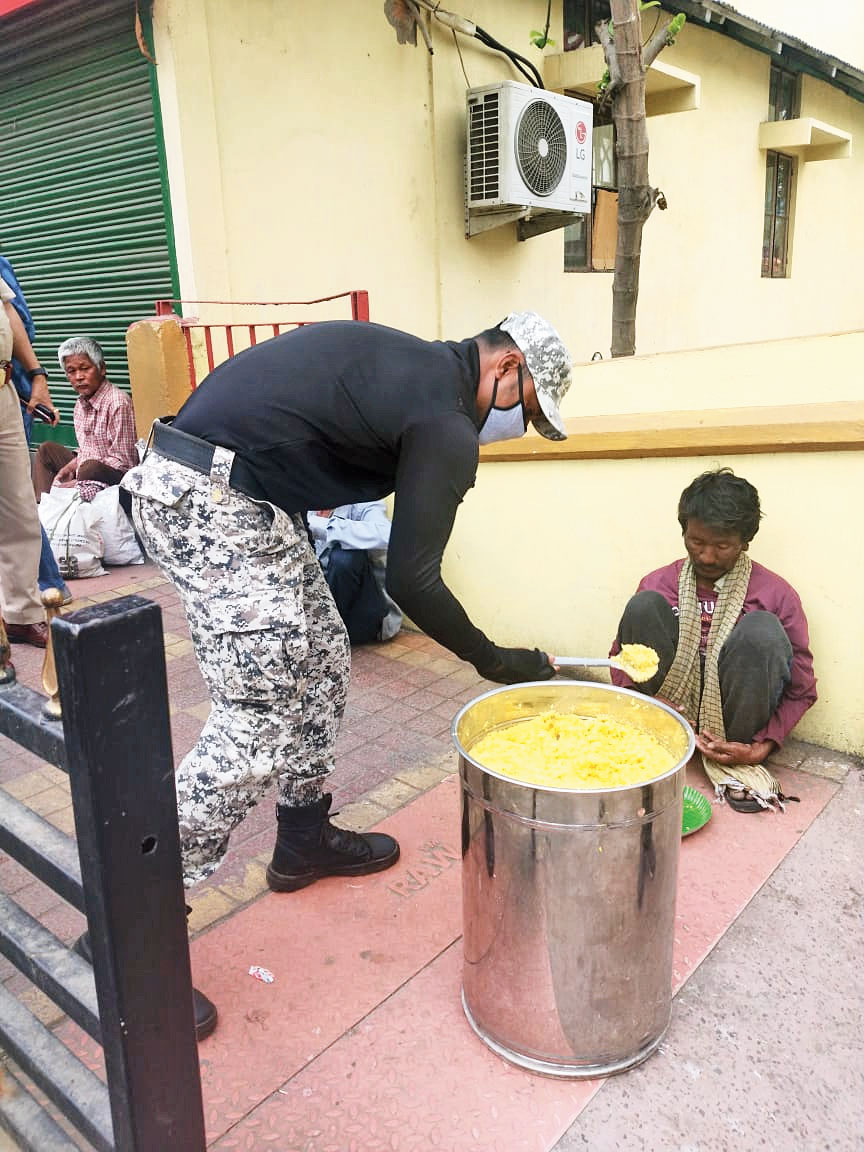 Dressed in camouflage, these personnel fed hundreds of rag pickers and homeless people in multiple locations of the city. They were assisted by the Fancy Bazar Gurudwara Committee members and NGOs.

“In order to facilitate relief, SPU personnel have been deployed for helping those in need. If any organisation wants our help to distribute essentials, they may contact 9435064500,” tweeted Assam police.

The Khalsa Centre, Northeast, is also going to launch a similar drive on Friday with the help of the Kamrup (metro) district administration.

“We are targeting to feed at least 1,500 people daily. Three vehicles will start the drive on Friday morning from Nehru stadium. The drive will continue till the lockdown ends,” said an official of the centre.

But that’s not all. Police in Golaghat have gone one step ahead and supplied medicines and essentials to the old and ailing ones.

Majuli police have also asked their officials to address medical emergency or any kind of assistance during the lockdown.

In an attempt to control the movement of unauthorised persons during the lockdown, Assam police have decided to issue Essential Service Pass to those belonging to the exempted categories.

Local police stations were asked to do the needful after proper verification and ascertaining the need of those people.

The decision of issuing of the pass was taken by the police after a lot of people were seen loitering on streets across the state ignoring the lockdown guidelines on Wednesday. The police had to resort to lathicharge in many of the incidents which were later criticised by human rights’ groups.

The social welfare department of Kamrup (metro) district have moved at least 33 homeless persons from different areas in the city, including Sukleswar temple area, to its shelter homes.