Advertisement
Home / North-east / Say a prayer for grace in Meghalaya

Say a prayer for grace in Meghalaya

At 6pm, Conrad began by wishing everyone a 'quiet and blessed Easter' 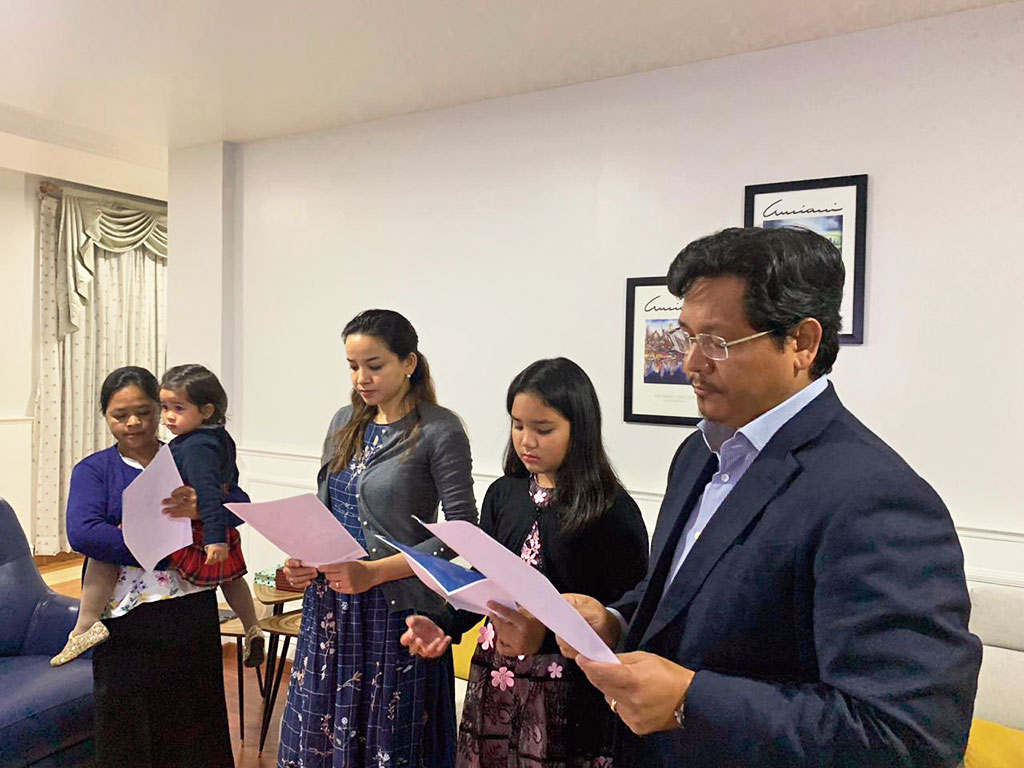 Light a candle, say a prayer, resonated across Meghalaya on Sunday as the people, led by chief minister Conrad K. Sangma, prayed and interceded for the world.

Meghalaya Prays, an initiative of the chief minister, aimed to look up to the Almighty and pray for healing as the world is plagued with the spread of Covid-19, which has led to several deaths besides affecting livelihoods.

Various celebrities, including MC Mary Kom, Usha Uthup, Bhaichung Bhutia, Johnny Lever, Lou Majaw and a host of others, had appealed to citizens across the country to take part in the prayer.

At 6pm, Conrad began by wishing everyone a “quiet and blessed Easter”. “Despite the catastrophe that surrounds us as we fight Covid-19, that has endangered human life and disrupted global economy, we draw inspiration from the life of Jesus Christ — His agony on the Cross and the power of his Resurrection — which is our living hope. This crisis has brought nations together irrespective of races, creed and class to unite in breaking the transmission chain by doing our part,” he said.

Acknowledging the contributions made by all especially frontliners, who have rendered selfless service for humanity, the chief minister said, “On this day, I, along with the people of Meghalaya, would like to call upon everyone to stand with us as Meghalaya prays and intercede for our nation and the world with hymns of prayer.”

Shortly after, a group of artists drawn from different corners performed the hymn, Amazing Grace, in English, Khasi and Garo languages.

Visuals coming in showed people from all walks of life participating by lighting candles and praying. Thanking people for participating in the prayer hymn, Conrad said, “I believe it is a blessing for us as it has brought people from different states and the world together to pray for our nation and for the world.”