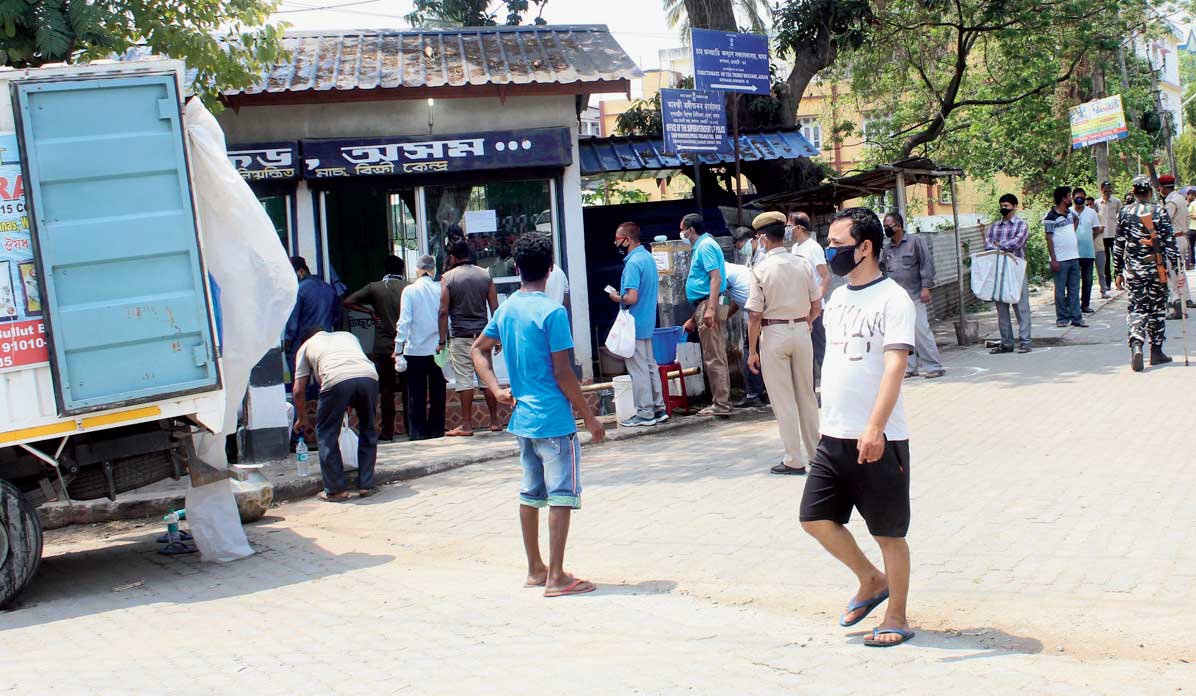 The Kamrup (metro) district administration in Assam has assured supply of vegetables in the city through mobile vendors till the lockdown is withdrawn.

Speaking to The Telegraph, deputy commissioner Biswajit Pegu said the administration was making every effort to keep supply of vegetables in the city uninterrupted. Mobile vans will move around the wards to ensure that every household gets vegetables.

The administration is also monitoring that there is no price hike of any commodity. Anyone found hoarding or selling at prices higher than that fixed by the government will be penalised, he said.

To streamline supply of vegetables, the administration has deployed 91 mobile vendors and allowed them to move across 60 wards under the Guwahati Municipal Corporation. These mobile shops are opened in several locations so that people need not travel long distances to buy vegetables.

“The mobile vendors are positioned in such a way that they can cater to the population of a particular area. Once an area is covered, the vendor is allowed to shift to a new locality of the designated ward so that people do not step out of their houses in search of vegetables,” an official said.

The vendors are asked to have necessary safety equipment to prevent coronavirus infection. Customers were also told to come with sanitisers, masks and gloves as precautionary measures.

The official said local supervisors have alerted everybody about the location of the mobile vendors in each ward.

Fish sale: In Dhubri, after facilitating home delivery of vegetables in areas under the Dhubri Municipal Board, the district administration has now permitted vendors to provide home delivery of fish in different municipal areas.

The administration has allowed as many as five vendors to deliver fish at the doorstep from 7am till noon in the 16 wards. The order said the notified vendors must adhere to the social distancing norm during home delivery of fish.

Chicken available: Chicken is also available as the district administrations are opting for door-to-door and online sale of chicken after banning sale of meat in shops and markets.

The Kamrup (metro) administration on Saturday allowed vendors to sell broiler chicken in the city.

Live chicken costs Rs 150 per kg and dressed chicken is sold at Rs 220 per kg.

However, residents complained that phone calls were not answered in some parts of the city.

The administration has also rolled in online delivery of chicken for the convenience of consumers. Consumers will be able to place order through the website lockdown21.in.

Officials at the Assam Livestock Development Agency said 579 chickens were sold in the last two days. The firm started operation on April 9. The agency has engaged a private firm in the city for home delivery of dressed chicken.