He was found lying unconscious at along the Assam-Nagaland boundary, about 100km from his home 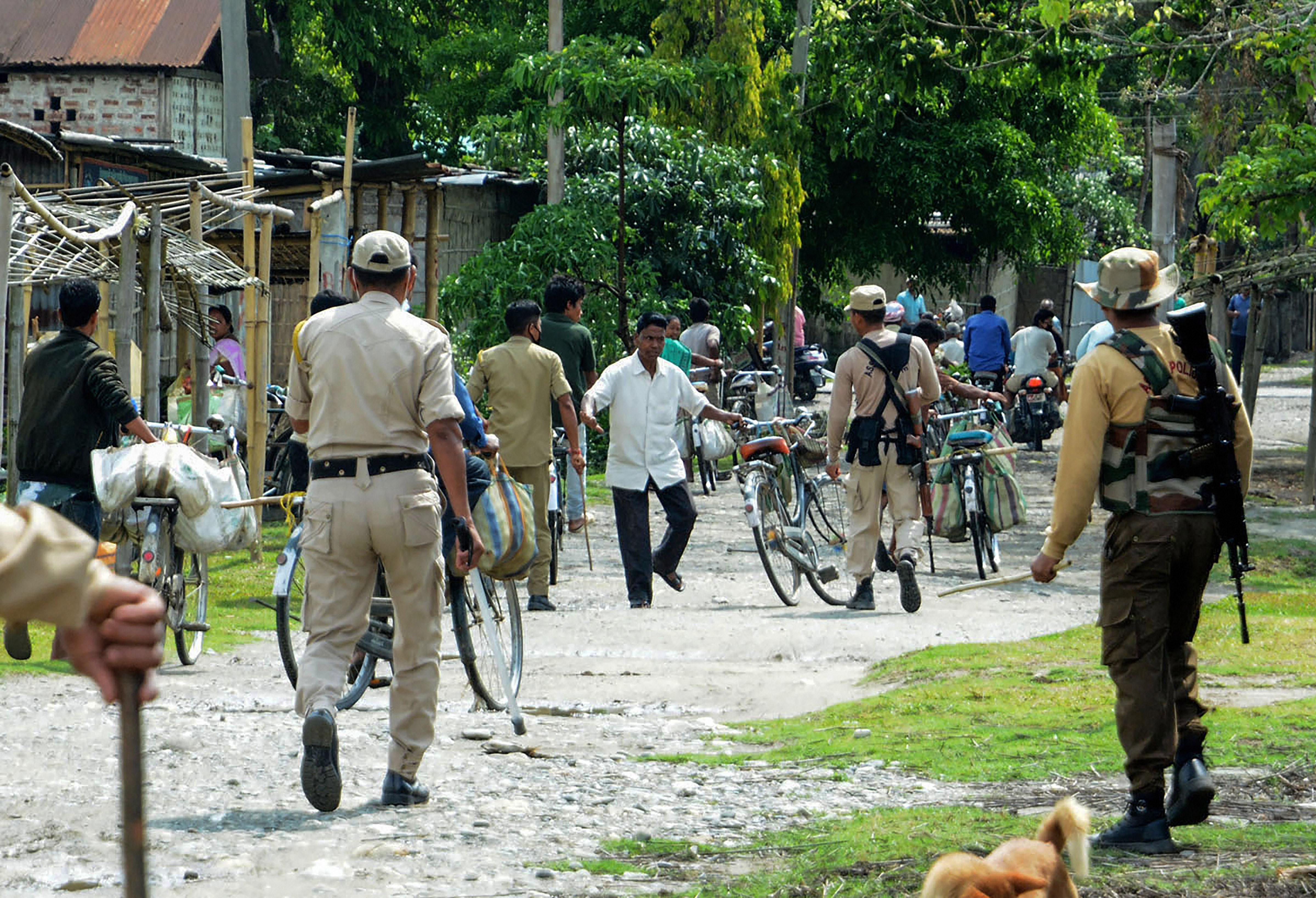 Police force villagers to go back to their homes as they were going to a market during ongoing Covid-19 lockdown, at Bagan Para in Baksa district of Assam on Sunday.
(PTI)
Devajit Baruah   |   Jorhat   |   Published 22.04.20, 10:59 PM

A migrant worker died in Jorhat district of Assam on Wednesday while walking from his workplace in Nagaland to his home in Golaghat district. He was one of the 200 migrant workers quarantined during the day after reaching Nakachari in Jorhat, covering about 170km on foot in three days.

The deceased was identified as Nogen Rabha, 45, of Lakhipur Uriamghat in Golaghat. He was found lying unconscious at Dhodar Ali Nakachari under Mariani police station along the Assam-Nagaland boundary, about 100km from his home.

Jorhat district administration officials shifted him at noon to the quarantine centre at Bhogamukh Model Hospital where he died at 2pm. The body was sent to Jorhat Medical College and Hospital for post mortem, Jorhat deputy commissioner Roshni Aparanji Korati said.

“About 200 migrant workers have been quarantined at Nakachari Higher Secondary School. All these people were working in private companies in Nagaland and were returning from their workplaces on foot,” she told The Telegraph.

She said the migrant workers are mostly from Assam’s Golaghat and Karbi Anglong districts, bordering Nagaland. They work for private companies in Nagaland’s Mon, Longleng and Mokokchung districts. They were stranded at their workplaces because of the lockdown and started returning home on hearing about relaxation by the government.