Advertisement
Home / North-east / Congress fulfills its promises, we are not like BJP, says Rahul Gandhi

Congress fulfills its promises, we are not like BJP, says Rahul Gandhi

Congress leader refers to Punjab where they have waived farm loans 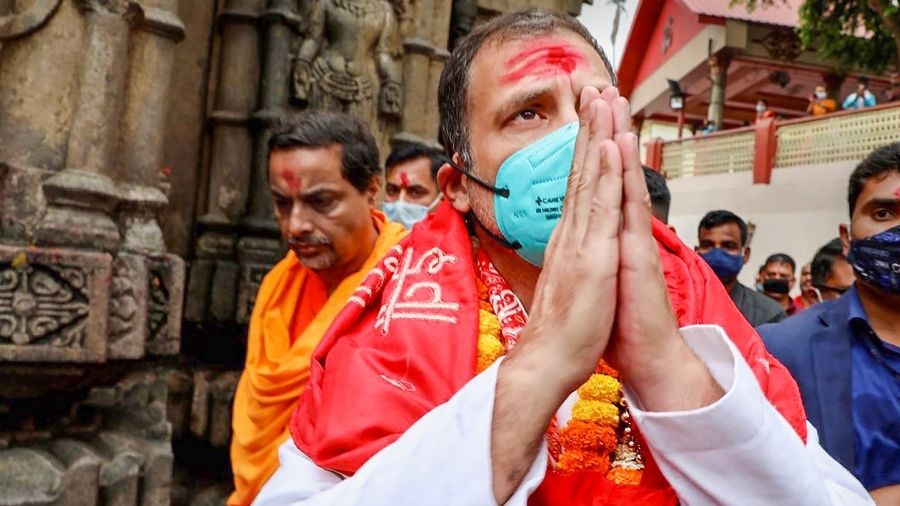 Speaking to reporters at the temple, Gandhi said that unlike the BJP his party keeps the promises made to the people during the elections.

Replying to a question about what his party will do if it wins the state elections, Gandhi said, "We have promised five guarantees".

Asked how the Congress will fulfil the 'five guarantees', Gandhi shot back, "Do you know what guarantee means? We are not like the BJP, we fulfill what we promise."

The Congress leader said that in Punjab, Chhattisgarh and Karnataka his party had promised to waive farm loans and did it after assuming power.

"In Assam, we have guaranteed to raise the tea garden workers' daily wage to Rs 365," he said, referring to one of the five promises.

Gandhi offered prayers at the Shaktipeeth atop the Nilachal Hill prior to setting out for election rallies at Chaygaon and Barkhetri, which will go to the polls in the last phase on April 6.

The Congress leader could not travel to his scheduled rallies at Silchar, Haflong and Bokajan on Tuesday due to heavy downpour and bad weather there.

He instead posted his message on Twitter, asserting that his party will fulfill all its 'five guarantees' when it forms government in the state.

The Congress has promised in its 'guarantees' that it will not allow the controversial Citizenship Amendment Act (CAA) to be implemented in Assam, provide employment to five lakh youths, provide 200 units of free electricity per month to all households, give monthly assistance of Rs 2,000 to every housewife, besides raising the minimum daily wages of tea garden workers.

Elections to 39 constituencies will be held in the second phase on Thursday, and 40 seats in the final phase on April 6.

An estimated 79.97 per cent of the total 81.09 lakh voters had exercised their franchise in 47 assembly constituencies during the first phase of polling in Assam on March 27.