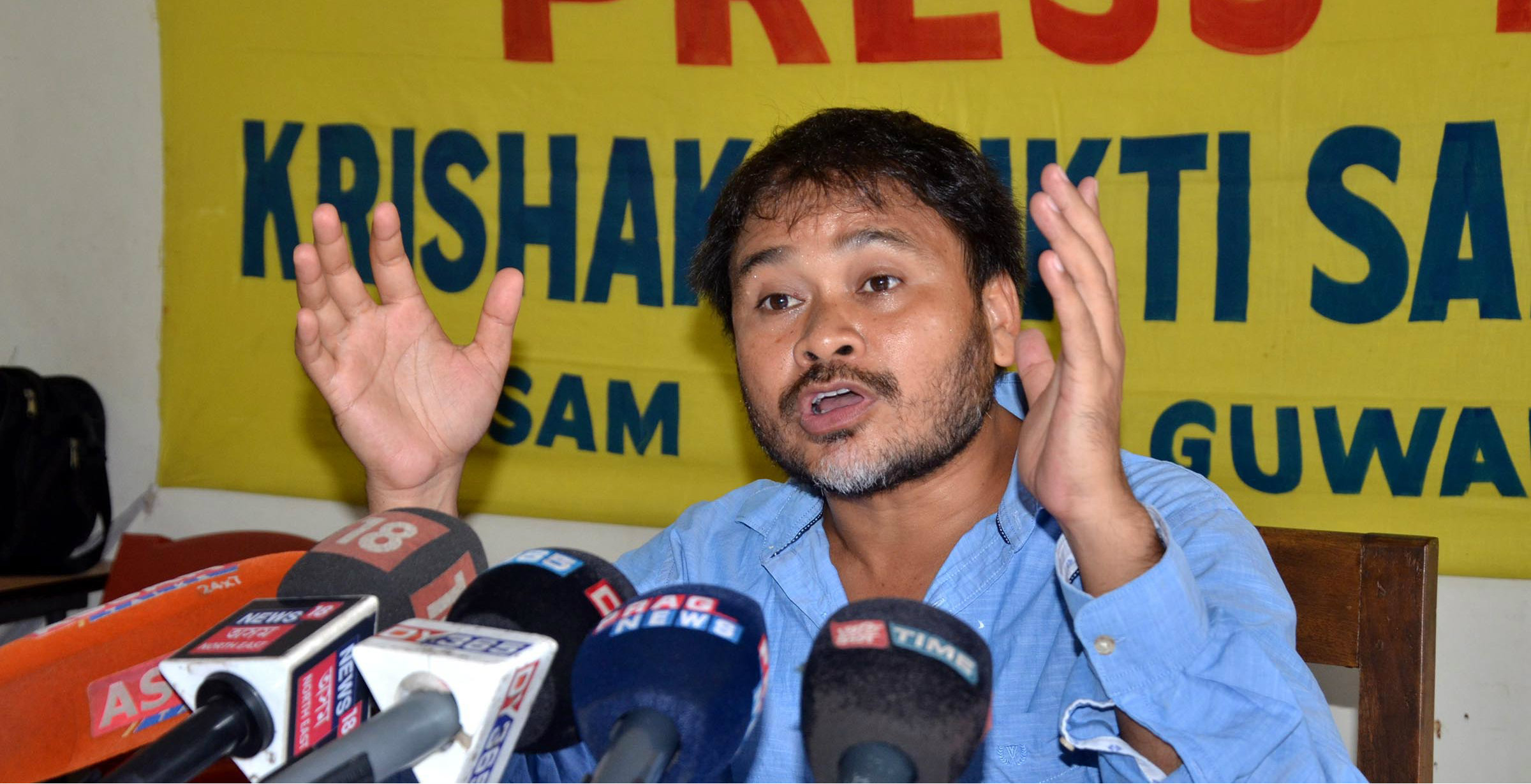 Sedition cases were registered on Thursday against RTI activist Akhil Gogoi, Assamese litterateur Hiren Gohain and a senior journalist for their comments on the citizenship bill, a police official said.

They were booked by Assam police for their remarks against the Citizenship (Amendment) Bill at an event three days ago, even as the state witnesses protests against the legislation. The administration has also imposed prohibitory orders in parts of Guwahati.

Police suo motu registered a case against them at the Latasil police station in Guwahati under relevant sections of the Indian Penal Code (IPC), including 124(A) that deals with charges of sedition and 120 (B) dealing with criminal conspiracy, Guwahati police commissioner Deepak Kumar told reporters.

Gohain, Gogoi and journalist Manjit Mahanta have also been booked under IPC Sections 121 and 123 — relating to waging or trying to wage war against the government, he said.

Kumar said the case was registered against the trio for the comments they made against the bill during a meeting. The matter is under investigation, he said.

'A case has been registered against them. I am investigating what they spoke during a Nagarik Samaj meeting here on January 7. As of now, this is all that I can tell you,' Kumar said.

The three are part of a civil society group called 'Nagarik Samaj', which is protesting against the bill.

Gohain, a Sahitya Akademi awardee and retired Gauhati University professor, said he has come to know that a sedition case has been filed against him, but is not aware of what basis it was registered on.

''I don't know the details or on what basis, the case was filed, but have heard that allegations have been made against me that I had 'Independent Assam' in my speech at the protest meeting on January 7 by the Forum Against Citizenship Act Amendment Bill (FACAAB),' he said.

Gogoi is a prominent RTI activist and head of the Krishak Mukti Sangram Samiti (KMSS), while Mahanta is a former executive editor of a prominent Assamese daily and a columnist. The KMSS along with its 70 partner organisations is at the forefront of protests against the bill in Assam.

''I had spoken thrice at the meeting and on all occasions, I had highlighted that citizenship should be on the basis of secular principles and the rightly demand of the Assamese on the Citizenship (Amendment) Bill must be achieved by democratic means,' Gohain said.

''The gist of my speech was that if all democratic struggle by different parties and organisations in the country fail to protect the interest and identity of the Assamese within the framework of the Indian Constitution, then the people will have no choice but to demand an Independent Assam,' he added.

Gohain asserted that the people of Assam are fighting for their 'rightful honour' (uchit maryada) and ''we are also fighting to safeguard the constitutional framework of our secular country''.

Advocate Aroop Borbora, who rushed to Gohain's residence after the case was registered, alleged that the police had done this 'under the provocation of the government and this is an absolutely fabricated case to douse the fire currently engulfing the entire state following the passage of the Citizenship (Amendment) Bill in Lok Sabha'.

'I was also present in the January 7 meeting that police has cited in the FIR. There was nothing seditious in their speeches. I have asked for a copy of the FIR, which I expect to receive by this evening and proceed accordingly after going through it,' Borbora, who is the lawyer for Gohain, Mahanta and Gogoi, told reporters.

If these three persons are 'touched, then the current raging fire will be inflamed further', he warned.

All Assam Students' Union chief adviser Samujjal Bhattacharya accused the BJP government in the state and Centre of ''indulging in anti-national activities by going against the interest of the indigenous people and giving protection to Bangladeshis''.

''We condemn the sedition case filed against a learned intellectual like Dr Gohain whom we hold in high esteem and respect'', he said.

Describing Gohain as 'Assam's great thinker', Nagen Saikia, also a Sahitya Akademi awardee, said, 'I may not agree with him on various issues but what he thinks is right and he says it with courage'.

'Ignoring the people of Assam against the bill, the central government is trying to stoke thoughts of cessation in the minds of people', the former president of the Asom Sahitya Sabha, the apex literary body in the state, said.

Saikia is also a former professor of the Dibrugarh University and a former Rajya Sabha MP.

'Educated youths are going to ULFA. Instead of extinguishing the revolutionary flame in the people, the government is by itself igniting that fire,' he claimed.

On him being included in the high-level committee set up by the Centre to advise on implementation of Clause 6 of the Assam Accord, Saikia said, 'I do not wish to be in the committee. Initially, I thought the government will take the member's advice and get the bill changed'.

If the government really wanted to protect the people of Assam, they could have brought a bill in Parliament, he said. 'I would have gone if they called us for our advice before introducing it in the House.'

Guwahati police have imposed Section 144 of the Code of Criminal Procedure in areas under Dispur, Bhangagarh, Basishta and Hatigaon police stations, banning gathering of more than five people to ensure no protests are held.

KMSS will not allow Modi, Shah and others to campaign in Assam