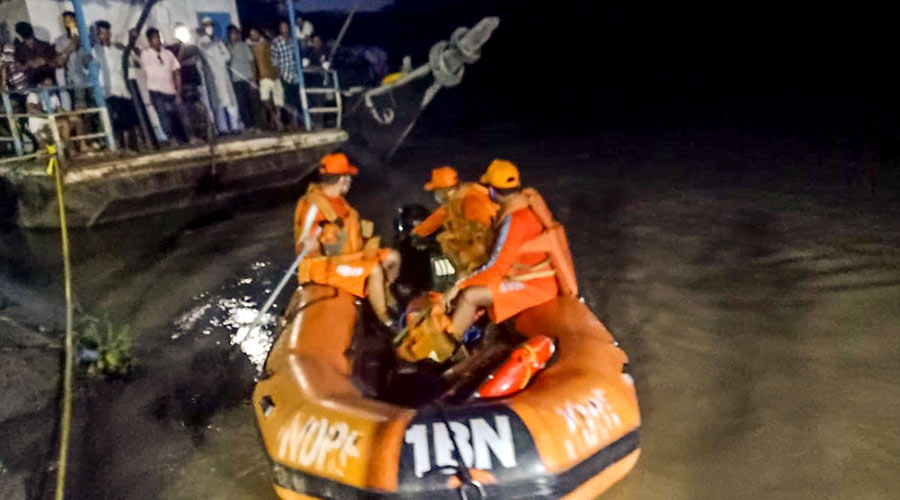 A boat with over 120 people on board sank in the Brahmaputra river after colliding with a ferry steamer near Nimati Ghat in Jorhat district of Assam on Wednesday and there could be "many casualties", officials said.

The accident occurred when the private boat 'Ma Kamala' was headed to Majuli from Nimati Ghat and the government-owned ferry 'Tripkai' was coming from the riverine island.

"The boat capsized and sank. We do not have much detail at this moment," an official of the Inland Water Transport (IWT) Department said. Another IWT official said more than 120 passengers were on board the boat but many of them were rescued by lifeguards on 'Tripkai'.

Jorhat Deputy Commissioner Ashok Barman told PTI that 41 people have been rescued so far and bodies of people suspected to have died in the crash are yet to be recovered.

"We cannot say right now how many people have died," a senior official of Jorhat district administration said.

Saddened by the boat accident in Assam. All possible efforts are being made to rescue the passengers. I pray for everyone’s safety and well-being.

Personnel of the National Disaster Response Force (NDRF) and SDRF have started a search and rescue operation.

The boat was also carrying vehicles.

Chief Minister Himanta Biswa Sarma expressed concern over the accident and directed the district administrations of Majuli and Jorhat to undertake a rescue mission earnestly with the help of NDRF and SDRF.

I am pained at the tragic boat accident near Nimati Ghat, Jorhat.

He also asked minister Bimal Bora to rush to the site of the accident.

He will visit Nimati Ghat tomorrow to take stock of the situation.