Addressing an election rally in Kamrup district, Chouhan said development in the state came in only after the BJP formed government five years ago 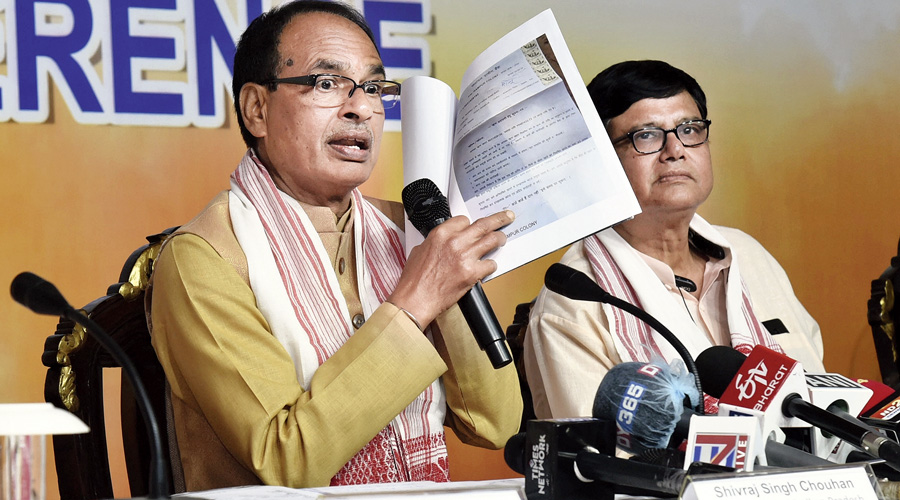 Madhya Pradesh chief Minister Shivraj Singh Chouhan on Thursday alleged that the successive Congress governments in Assam had given only unemployment, violence, insurgency and infiltration.

On the Congress electoral tie-ups with parties like Badruddin Ajmal-led All India United Democratic Front (AIUDF) in Assam and the Indian Secular Force floated by a Muslim cleric in West Bengal, he claimed that Rahul Gandhi is “going the Jinnah way”.

Addressing an election rally at Palasbari of Kamrup district, Chouhan said development in the state came in only after the BJP formed government five years ago.

“The Congress ruled Assam for so many years, but what did they give? The Congress governments gave only unemployment, violence, insurgency and infiltration,” the senior BJP leader said.

The people of the northeastern state could see the first glimpse of development when Prime Minister Narendra Modi assumed power and a BJP government took charge of Assam in 2016, Chouhan claimed.

“I also request you all that do not trust the five guarantees of the Congress. They never fulfil their promises. You go to other states where Rahul Gandhi had promised to waive farm loans within 10 days of forming governments,” he added.

The Congress has “guaranteed” that if it is voted to power, a law will be enacted to nullify the CAA, five lakh government jobs will be given, 200 units of electricity will be free for all, housewives will get Rs 2,000 per month and minimum wages of tea garden workers will be raised to Rs 365.

Addressing a press conference in Guwahati later, Chouhan claimed that after the Congress came to power in Madhya Pradesh in 2018, it did not waive agricultural loans. The Kamal Nath government in MP fell in 2020 following a rebellion in the Congress camp and Chouhan became chief minister.

He presented some video clips of Congress leader Rahul Gandhi promising to waive farm loans, which were claimed to be made before the 2018 Assembly election in MP.

The chief minister claimed that farmers in his state stopped paying instalments after the Congress formed the government.

But as it did not waive farm loans, banks sent notices to farmers to recover the loans with more interests, Chouhan said.

“Rahul Gandhi is telling lies everywhere. I think in the name Rahul, R stands for rejected, A for absent-minded, H for hopeless, U for useless and L for liar,” Chouhan said.

Likewise, in the case of the INC (Indian National Congress), I stands for irresponsible, N for nepotism and C for corrupt, he added.

“The Congress has joined hands with (AIUDF president) Badruddin Ajmal, who is harbouring infiltrators. The Assamese culture and heritage will be threatened by Ajmal.

“The Congress tied up with the Muslim League in Kerala, Furfura Sharif in West Bengal and Ajmal in Assam. Rahul Gandhi is going the Jinnah way,” Chouhan said.

Earlier this month, Chouhan had claimed that instead of following Mahatma Gandhi, the Congress is following in ‘Jinnah’s footsteps’ and it will ‘destroy’ the country.

Chouhan said that if voted to power, the saffron party will come up with a law to prevent love jihad, as has been done in Madhya Pradesh and Uttar Pradesh.