Advertisement
Home / North-east / Assam will be made pollution-free: CM

Assam will be made pollution-free: CM 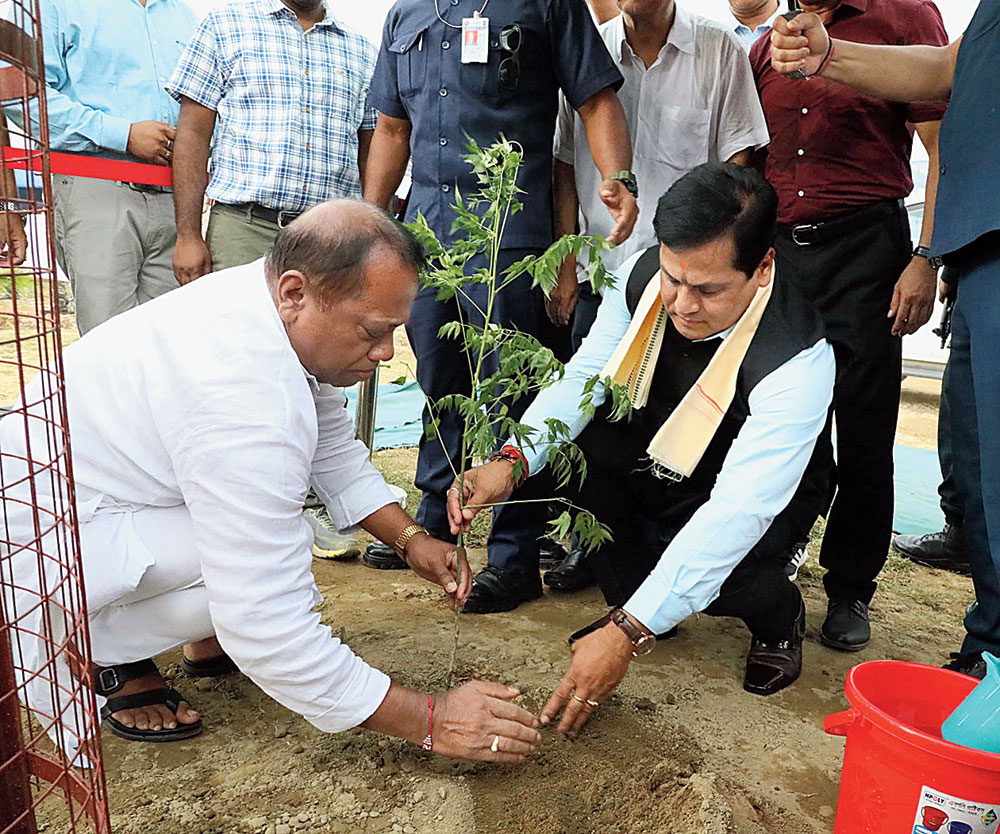 Assam chief minister Sarbananda Sonowal on Wednesday said his government has a “prudent vision” to make the state pollution-free and it would come up with initiatives to achieve the goal.

Addressing a gathering at a World Environment Day event at Police Parade Ground here in the afternoon, Sonowal said once achieved, a pollution-free state would provide a fillip to the tourism industry and help Assam become one of the best states in the country.

“Five crore saplings have been planted across the state in the past three years. The government plans to plant another 45 lakh next year. Mass awareness on afforestation is a requisite to create a healthy and pollution-free environment,” he added.

Referring to the “gift” given by the people of Barak Valley in forms of votes to the valley’s two BJP candidates — Rajdeep Roy from Silchar and Kripanath Malla from Karimganj — in the Lok Sabha polls, the chief minister said, “Your gift will not go in vain.”

Environment and forest minister Parimal Suklabaidya said the government has been making efforts to prevent the use of plastic, however, support and co-operation from people is required.

The minister added that afforestation could be a viable solution to curb air pollution, a major concern across the globe.

Silchar MP Rajdeep Roy said students should be made aware of various aspects of environment so that the earth remains a healthy place.

Roy added that the Pradhan Mantri Ujjwala Yojana, launched in 2016 by Prime Minister Narendra Modi, is the most environment-friendly scheme in the world.

Assam state zoo, in association with Mirchi Axom, a radio channel, organised a cycle rally in Guwahati to promote the benefits of cycling and keeping environment pollution free.