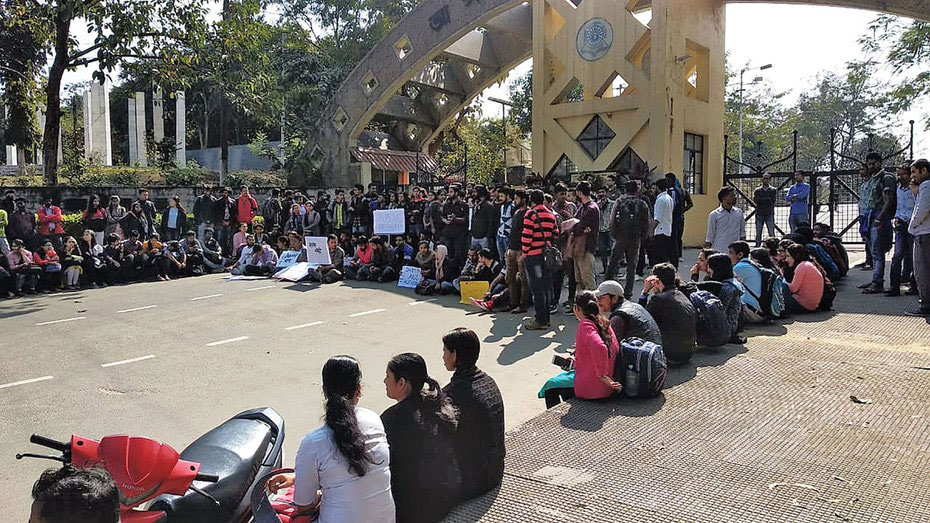 An Assam University, Silchar, student on Saturday tried to slash her wrist during a hunger strike over two-year rustication and FIR against research scholar of ecology and environment sciences department Milan Das.

The hunger strike by the Assam University Students’ Union entered into fourth day on Saturday. With three more students sent to Silchar Medical College and Hospital, the total number students admitted to hospital has gone up to nine.

The classes of the university were suspended till Saturday.

On February 8, the university authorities levelled seven allegations against Das and banned his entry into the campus. The students started their agitation on February 10, while the hunger strike began two days later.

“We will continue our agitation until our demands are fulfilled,” he added.

No university official was available for comments on Saturday.

In the past few days, the university authorities asked the students for a discussion outside the campus but the students rejected their appeal.

The students are firm on their demands to lift Das’s rustication and resignation of the vice-chancellor.