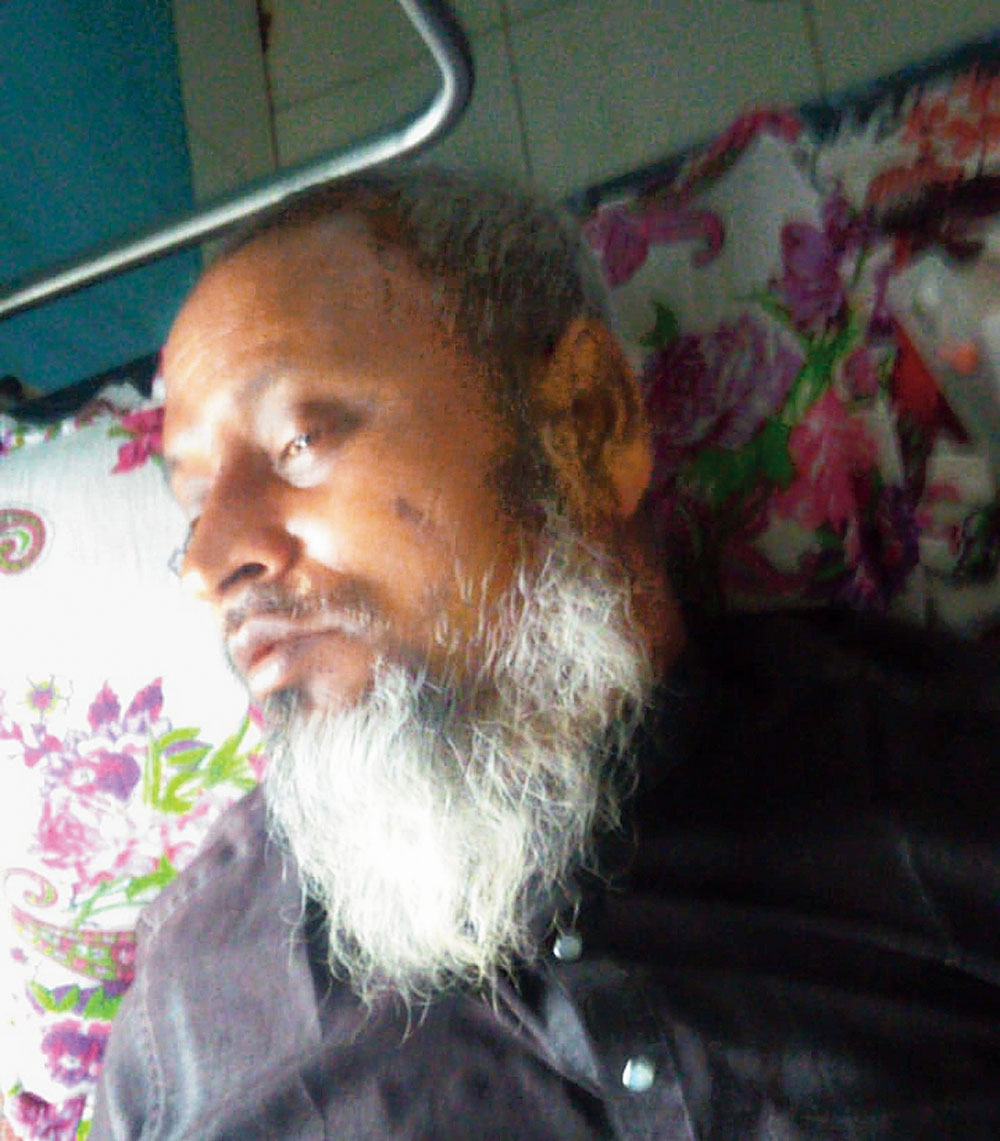 Shaukat Ali, who was assaulted by a mob at Biswanath in Tezpur Lok Sabha constituency on Sunday for selling beef at his food stall, missed out on exercising his franchise on Thursday.

Ali is recuperating from his injuries at Gauhati Medical College and Hospital (GMCH) here.

“His name was listed at Kolakati LP School and he wanted to vote but it could not happen due to the unfortunate incident,” his eldest son, Abdul Wahab, told The Telegraph at the GMCH.

Ali, who was admitted to Biswanath civil hospital, was shifted to Gauhati Medical College and Hospital on Wednesday night for better treatment. He was given police protection at the GMCH.

His son said his father never missed his vote. Ali’s wife, however, cast her vote on Thursday, their son said.

There was tight security at the surgical ward of the GMCH where he was being treated. He was not allowed to talk, his brother Abdul said.

Wahab said his father had bruises all over his body and had also suffered a head injury but his condition is now stable. “He had undergone a CT scan and ultrasound test at GMCH on Thursday and the doctors will decide when he can be discharged from hospital after going through these reports,” he said. Ali, 49, was thrashed by a group of 10-11 persons on Sunday and it evoked widespread condemnation after a video of the assault went viral.

The police on Thursday arrested two more accused involved in the assault, taking the total number of arrests in this case to six so far.

The arrested duo was identified as Durgeswar Bora, 33, of Madhupur and Indu Kalpa Bora, 35, of Bhir Gaon.

The Jamaat-e-Islami Northeast zone on Thursday demanded advanced treatment for him, security and compensation to the family of Ali.

The media secretary of Jamaat, Sofikul Islam, condemned the incident “in the land of Azan Fakir and Xankardeb”. “This is a disturbing incident and the first of its kind to focus on an inhuman and criminal tendency to record and post on social media unparalleled cruelty committed on innocent people. Shaukat Ali has been carrying on his food business for decades. If there is any scope for complaint, the matter should have been reported to the authorities. Instead, people with criminal intent attacked Ali and forced him to consume pork, an act of sacrilege for a Muslim. His inhuman precedent should be nipped in the bud before it poses a threat to the traditional harmony between different communities of the state”.

Jamaat president Abdul Basit said 80 per cent of the people of the Northeast consume beef and such intolerance was unprecedented.

The All Assam Goriya-Moriya Yuba Chatra Parishad also condemned the incident and demanded a high- level inquiry into the incident.