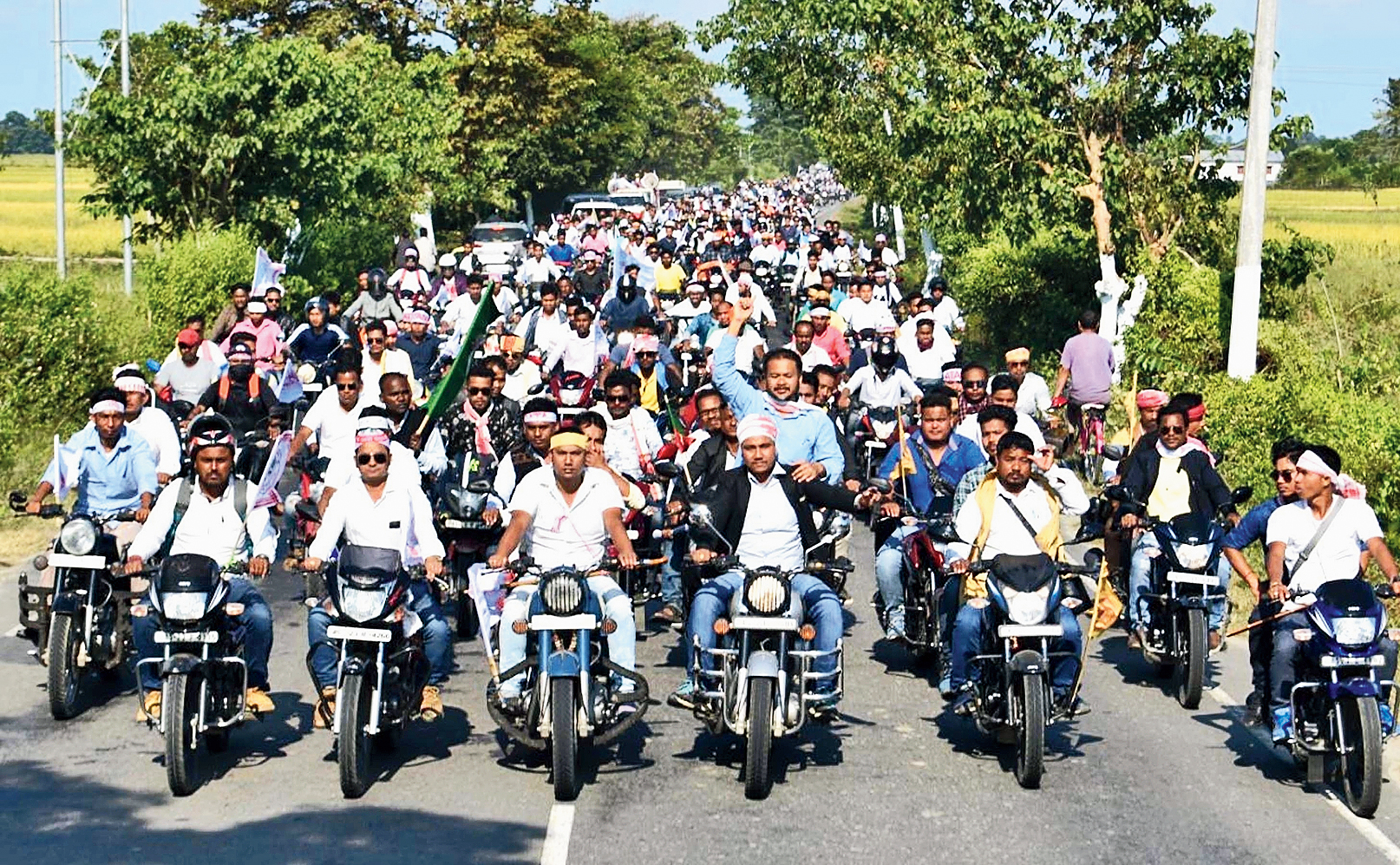 The 70 organisations which launched a movement against the Citizenship (Amendment) Bill, 2016, on Thursday threatened to call an Assam bandh if the state government obstructs their protest at Dispur on Friday.

The organisations had also called a 12-hour Assam bandh on October 23 in protest against the bill that seeks to give citizenship to persecuted minorities of Hindu, Sikh, Buddhist, Jain, Parsi and Christian communities who came to India from Pakistan, Bangladesh and Afghanistan till December 31, 2014.

On Sunday, the groups had begun a motorcycle procession from four different places of the state with the aim of culminating it in a rally at Dispur. The state government had asked the deputy commissioners and superintendents of police to prevent the protesters from reaching Dispur.

Director-general of police Kuladhar Saikia has warned that they will not allow anyone to break the law and order situation.

Akhil Gogoi, adviser of Krishak Mukti Sangram Samiti, one of the 70 organisations, said the police have so far detained at least 230 participants of the procession at Tamulpur in Baksa district and 400 at Sipajhar in Darrang district, using buses to detain the protesters and trucks to take away their motorcycles.

Palash Changmai, general secretary of Asom Jatiyatabadi Yuba Chatra Parishad, another leading organisation of the movement, said, “It is unfortunate that the state government is trying to suppress a peaceful and undemocratic movement. We have been repeating again and again that we will not indulge in any activity that will deteriorate the law and order situation. If the government obstructs our Friday protest, we will be forced to call another Assam bandh.”

Akhil said the police had permitted them to organise a protest at Dispur on Wednesday but at the same time it issued a circular imposing Section 144 of the CrPC in Dispur.

“This is contradictory. We think this has been done to scare the city’s residents so that they do not participate in the protest,” he added.

Akhil said they had not resorted to any kind of violence during their protests against the bill, yet the government was putting “sustained pressure” on them to “provoke” them. “If things go on this way, we, the leadership of the movement, may lose control on our members,” he warned.

Friday’s protest will be organised near Ganesh temple in Dispur, around 100m from the Assembly, from 10am.